Man Arrested For Attempting To Rob Van On Bole-Bamboi Highway 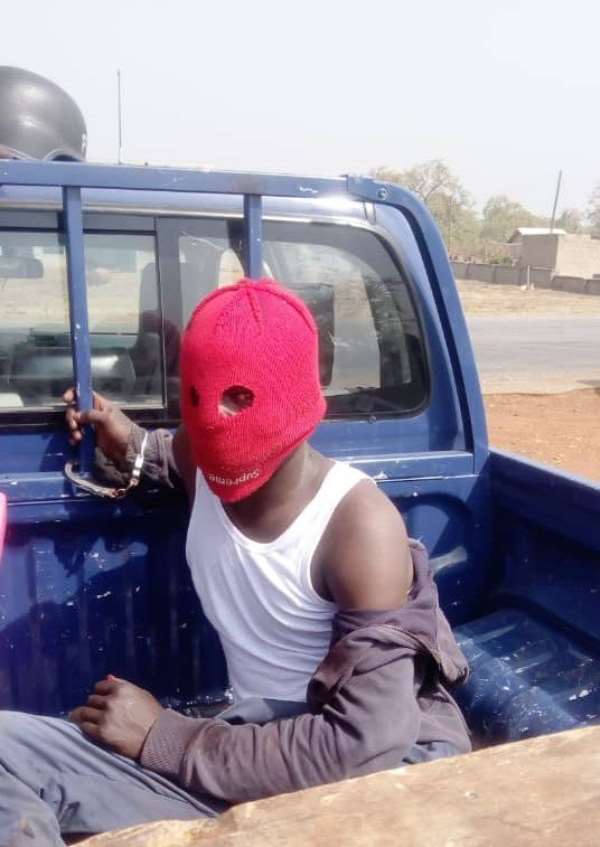 Police in the Savannah Region have arrested a 25-year-old man for attempting to rob a distribution van on the Bole-Bamboi highway.

On January 17, 2020, a Mercedes Benz distribution Van with registration number GX 5225- 17 was driven by Amoah Amponsah and together with salespersons Adjei Yaw Hayford and Stella Darsi as they escorted the vehicle full of soft drinks from Banda Nkwanta to Tinga.

The three were in the company of police officer L/Cpl Edmond Kyei Baffour.

The suspect, Seidu Salifu and two other masked men sprang out of the bush nearby and started firing in an attempt to rob the said van on reaching a section of the road between Banda Nkwanta and Nouryiri.

The police officer on board the van returned fire and hit the right ankle of Seidu Salifu, who was arrested and later identified as a herdsman at Bole. His two other accomplices (Sumaila and Elliasu, both residents of Bole) are still at large.

Found on him were one locally manufactured single barrel shotgun, one live cartridge, a face mask, one Techno mobile phone and cash of GH¢130.

Meanwhile, the 25-year-old suspect is undergoing medical treatment for his injured ankle at the Bole District Hospital as investigations continue.