Mr. Coward, Whose Blood Are You Going to Spill? 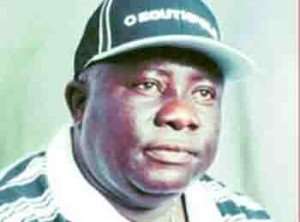 The fact that the previous John Dramani Mahama regime once appointed a crassly uncultured and intellectually challenged thug like Yaw Afrifa Yamoah Ponkoh as its Ejisu (Edweso)-Juaben (Dwaben) Municipal Chief Executive Officer (MCE), ought to leave absolutely no doubt in the minds of the general voting public that the Presidential Candidate of the country’s main opposition National Democratic Congress (NDC), Mr. John Dramani Mahama, has absolutely nothing either refreshing or progressive, by way of the caliber of leadership, to offer the nation even the second time around. You see, this Yamoah Ponkoh guy is a withering tribal bigot who may very well be in dire need of psychiatric examination and treatment. The last time that this morally irredeemable SOB made the news headlines, it was to vacuously accuse President Addo Dankwa Akufo-Addo of having deliberately set up Dr. Matthew Opoku-Prempeh, the Minister of Education, for failure, in the wake of the momentary chaos that attended the recent high school placement process at the Independence Square in Accra.

Back then, Yamoah Ponkoh suggested that it would have been far more suitable and appropriate for President Akufo-Addo to have appointed Dr. Opoku-Prempeh as his Finance Minister, instead of Mr. Kenneth Kuntunkununku Ofori-Atta, the first-rate Columbia- and Yale-educated economist and entrepreneurial cofounder of Data Bank, Ghana’s seminal equivalent of Wall Street. We must also highlight the fact that Dr. Opoku-Prempeh’s primary field of professional expertise is in the medical sciences. Yamoah Ponkoh’s dubious rationale was that in posting the Manhyia South’s New Patriotic Party’s Member of Parliament to the portfolio of Education Minister, Nana Akufo-Addo had eviscerated any chance of former President John Agyekum-Kufuor’s nephew’s ever becoming President of Ghana in the offing.

You see, Yamoah Ponkoh is a diehard operative of the National Democratic Congress who ought to be intensely focused on grooming or mentoring some of the youthful members of his own party for the Presidency, if that is his objective. In his latest bout of madness, the former Ejisu-Juaben MCE is reported to have vowed to assist Candidate Mahama to criminally spill the blood of Ghanaian citizens by the millions of gallons, if this is the surest alternative of returning Mr. John “Boot-for-Boot” Dramani Mahama to Jubilee House, because a Kumasi-based communications operative of the ruling New Patriotic Party who was co-panelists with Mr. Yamoah Ponkoh on the same radio talk-show had caustically castigated a locally renowned Kumasi-resident contractor by the name of Kofi Job, of being a National Democratic Congress’ sympathizer (See “NDC Ready to Spill Blood to Win 2020 Election – Yamoah Ponkoh” MyNewsGh.com / Ghanaweb.com 1/19/20).

If you are expecting Candidate Mahama to issue any official public statement of reprimand to the former Ejisu-Juaben Municipal Chief Executive, Dear Reader, you may be waiting till kingdom come. The fact of the matter is that his cheap and mischievous promises to studiously pursue a peaceful electioneering campaign agenda, notwithstanding, former President John Dramani Mahama, via his own public testimony, is Ghana’s political equivalent of the blood-drinking Dracula of the Hollywood movies. In short, Mr. Yamoah Ponkoh was undoubtedly speaking on behalf of the shady and double-talking Presidential Candidate of the National Democratic Congress, when Yamoah Ponkoh promised wanton blood-letting as the signature or the main political and electioneering strategy of the NDC in the runup to the 2020 general election.

But there is a comical side to the Yamoah Ponkoh War Declaration; and it is the fact that this idiotically talkative chop-bar politician is not known to have acquired any viable or tested military experience. At any rate, in a real case scenario, absolutely no reputable military or even militia establishment would recruit this obviously cowardly and mentally unhinged NDC thug to fight in any serious conflict or major civil war anywhere in the world. He may very well be able to shoot at a sleeping vulture perched on a tree in his own village, but that is just about all Yamoah Ponkoh may be able to do. But even here, it is very doubtful if the fat boy could ever be able to bring the target of his aim down to Earth. The fact of the matter is that Yamoah Ponkoh is simply too stupid to even be able to aim his shot accurately.

But what I ultimately want to remind this Mahama poodle of, is the fact that even the far more strategically savvy terror-mongering Mr. Samuel Ofosu-Ampofo, the National Chairman of the National Democratic Congress, was caught in his tracks by the eagle-eyed operatives of our National Security Agency (NSA) when this determined nation-wrecker attempted to set the nation on fire, in a treasonous bid to running the Akufo-Addo government out of town. So, yes, by all means, Yamoah Ponkoh is welcome to attempt any bloody mischief in the runup to the 2020 general election and see just who gets burnt in the process.