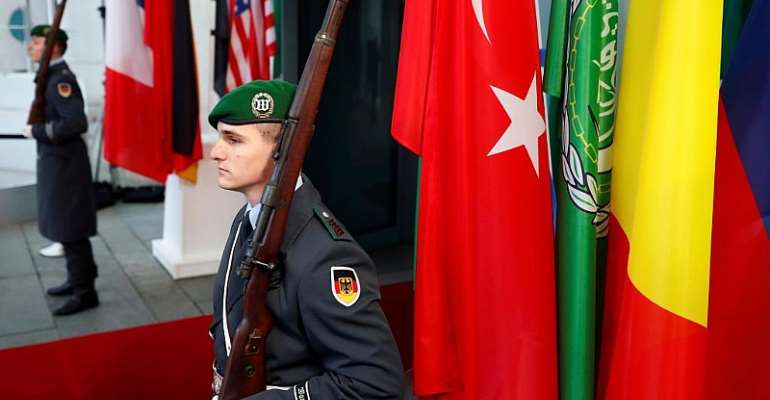 France's President Emmanuel Macron has hit out against foreign troop deployments in war-ravaged Libya, saying such intervention serves only to fuel the conflict and create new risks for everyone.

Speaking in Berlin on Sunday at a summit intended to resolve the bloody stalemate in Libya, the French leader expressed his "acute concerns over the arrival of Syrian and foreign fighters in the city of Tripoli". He says such intervention must end.

The Turkish authorities in Ankara have been accused of sending hundreds of Syrian fighters into Tripoli to back up Fayez al-Sarraj's UN-recognised government, while Moscow has allegedly deployed mercenaries to lend support to rival strongman Khalifa Haftar.

As the conference opened, the French leader called on the United Nations to negotiate a true and lasting ceasefire, without demanding any initial conditions from the various factions involved in the conflict.

UK Prime Minister Boris Johnson said the aim of the Berlin conference was to "stop this jockeying for position".

"The people of Libya have suffered enough," he said as he arrived on Sunday. "It's time for the country to move forward."