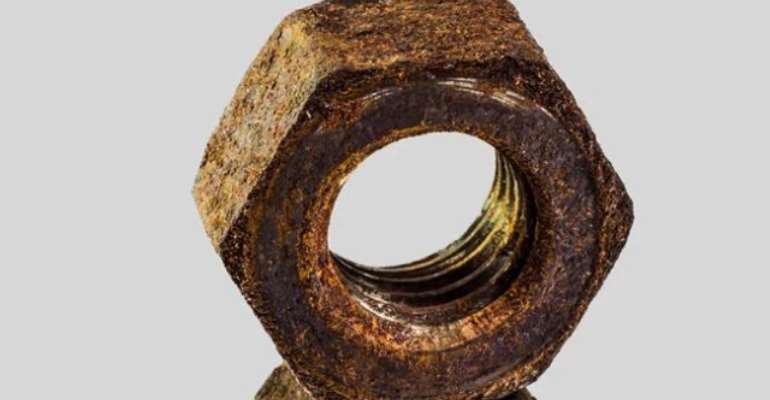 A Ukrainian man nearly lost his genitals after his wife put him in a painful DIY chastity belt for cheating on her.

The unnamed man in his 40’s, from the city of Zaporizhia, in southern Ukraine, told doctors that he woke up one morning earlier this week to find a big metal nut screwed onto his wiener.

It had been “installed” by his wife, as a way to stop him from being unfaithful, but the man claimed that it was strangulating his organ. He tried removing it himself, but the nut didn’t budge, so he had no choice but to call an ambulance.

Unfortunately for the desperate man, hospital staff could do little to help with his delicate problem, so a specialist team of rescuers were called in.

They used a circular saw to slice the piece of metal in two, while pouring water on it to keep it from overheating because of the friction. There wasn’t too much they could do about the sparks, so the patient just had to endure.

“We received a call from doctors who asked to remove the nut,” rescuer Oleksandr Brienko said . “We used special equipment to do the job. The man was lying on the surgical operating table under anaesthesia while we were cutting the object off.”

“We often face similar incidents and are quite trained in removing rings, handcuffs and other objects off people’s bodies. In this case, we actually saved the man’s penis. He will be able to become a father in the future,” fellow rescuer Eduard Nekhoroshev added.

The Ukrainian man is currently being treated in the hospital but is expected to make a full recovery. According to local media reports, he is considering asking for a divorce.