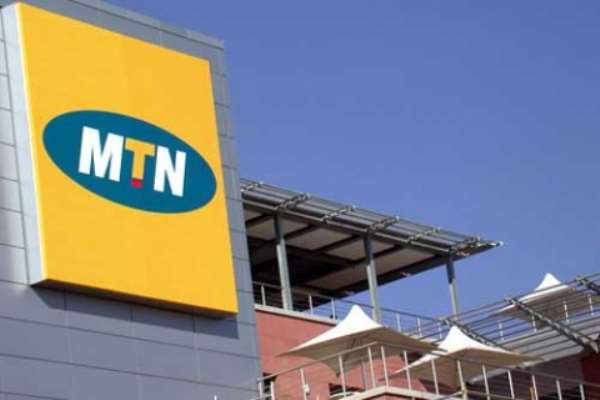 People are often very quick to criticise telcos for whatever challenges they face, and rightly so, because if you pay money to a service provider and the service goes bad, there is only one person you can blame - the service provider. Same way, if you buy an item from a shop and you find it is bad, the shop is the target of your blame.

But as stakeholders, we should be interested in who the actual culprits are in the service interruption. Telcos have complained about fibre cuts so much that it has become a cliché. So once there is a service interruption, even customers say "the telcos will blame it on fibre cut.." and we laugh it off as an easy excuse by the telcos.

It appears we are not interested in the truth and not interested in knowing the people who keep doing us harm - all we care about is, we paid money to telcos so they are the ones to blame for our bad experience. It is almost as if we are saying telcos will spend millions of dollars to install fibre deep underground and then they turn round and cut it just to deny us good service. We all know that is not possible and yet we vent our spleen on telcos when fibre cuts happen.

Reality check - just like Ghana Water and Electricity Company of Ghana, telcos plant their cables and fibre in the ground with the paid permission of state, regional and local authorities, and yet when road contractors, real estate developers and sometimes individuals are doing projects around where these cables and pipes have been planted, they cut them indiscriminately. And when they do, they are required by law to fix the cables of ECG and pipes of Ghana Water, but the telecom cables are left for telcos to fix. Meanwhile, the telcos secured all the permits and paid heavily for authorization before planting their fibre. How fair is that?

Again, very often telcos, Ghana Water and ECG plant cables in bushes where there is very little or no human activity. But as the country develops, portions of those bushes are either designated for roads, drainage systems or real estate development. Naturally, people move in to clear the bushes and dig the grounds for development. In the process, fibre is cut, and pipes are busted, and the fibres are left for telcos to go fix. Why?

Sometimes, thieves also just go and cut the fibre thinking it is copper cable that they can make some money from. But they only realise it is not copper after they have cut it, and we suffer for it, while telcos are left with a bill to fix the damaged fibre.

Per records from the Ghana Chsmber of Telecoms, in 2019 alone, telcos recorded over 2,000 fibre cuts across the country and that cost telcos hundreds of millions of dollars to fix and or replace. On the average, telcos experience 300 fibre cut every month. To put the cost in perspective, MTN reported some 382 fibre cuts between January and March 2019, and repairs cost the over US$39million, money that could have been used to do something for poor communities somewhere, but wasted on fixing fibre cuts by irresponsible road contractors in particular.

As stakeholders, we should all be interested in the irresponsible companies, thieves and individuals who keep cutting legitimately planted fibre for whatever purpose. We should also be interested in why metropolitan, municipal and district assemblies keep collecting money from telcos to plant fibre and yet when the fibre is damaged, they allow the culprits to go free and the telcos and we the customers bear the brunt.

Why the police and national security are interested in people who damage water pipes and electricity cables, but do not care about those who damage such an important and far-reaching infrastructure as telecoms fibre optics cables, is a matter that beats one's mind. Telecoms, like water and electricity, is an essential service without which life virtually comes to a halt. Meanwhile, water and electricity bills are increased virtually every year, while telecom tariffs remain largely stable for years, and yet we leave the responsibility of fixing damaged fibre to the telcos. Why?

Enough about fibre cuts on land. Hardly do we hear that the main submarine or undersea fibre optic cables, that provide services to telcos around the world, have been cut. Those ones are not at risk to irresponsible road contractors, real estate developers, thieves and selfish individuals. Those ones are well protected. So it takes something more for any damage to be caused to them.

MTN Ghana has been here for over 10 years and this is the first time we are hearing that their undersea cable has been cut not at one point but two at the same time. It has been three days since we started feeling the effect of the damage. Now the experience is gradually improving but not exactly up to scratch. The company itself has reported 50% resolution of the problem, but as to what exactly that means, is not yet clear.

Without speculating and pretending to know all the technical stuff that goes into fixing such challenges when they occur, one can safely say that under such circumstances, the telcos would most likely switch to a redundant fibre optic cable, which could be any of the Independent cables that comes to Ghana or even go on any of the cables belonging to competiting telcos, depending on what business arrangement exist at that level.

MTN's own undersea fibre which lands in Ghana is called WACS, which is the one that has been cut. But other such cables that come to Ghana include Vodafone's SAT-3, Globacom's Glo One and MainOne's MainOne. Expresso also used to land one here in Ghana, but we don't know what has become of it, since Expresso is now virtually defunct.

So 50% resolution of the MTN challenge could mean a switch to any of these redundant cables, while the WACS is being fixed. But while the switch over is technical seamless, in reality, it takes time for the service running on it to fully stabilize, so customers will continue to experience some challenges and gradual improvement until the service fully stabilizes and optimizes.

MTN has reported that its technical team is on their way to go check exactly what the cause of the cut is - whether it is a ship, submarine, a shark, saboteurs or whatever. Until then, they, and five other telcos in five other countries who were affected, have a huge cost to bear to fix the damaged cable.

This is where customers should act with understanding and know that no system is foolproof, so such things can happen once in a blue moon. This is the first in ten years. This is not one of those cliché and definitely no reason to run at MTN and call them names. We may have genuine challenges on the MTN network, but this is definitely not one of them.

In fact, this should raise concerns about how such fibre cuts can impact us as a country, if they happen on more than one of the major submarine fibre optics that land in Ghana. Imagine if WACS, SAT-3, Glo One and MainOne are all down? We will be in trouble.

So I guess this is time to rather rally around as citizens and call on National Security to begin to treat telecoms infrastructure, both on and off shore as National Security Equipment and protect them as such. We have paid enough lip service to that mantra. It is time to take action and protect our national interest. We should not wait for the worst to happen before we act.

We have an election coming up. Imagine if the worst happens while election results are being transmitted electronically? Your guess is as good as mine. We may not have had cause to be concerned in the past, just like MTN did not have cause to be concerned about the safety of the WACS until now. Let's make hay while the sun shines.

No government has mortgaged the future of the youth than NPP...
2 minutes ago