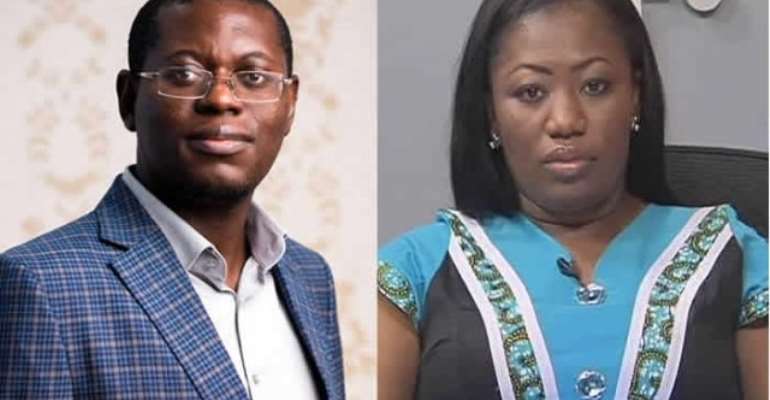 Some new interesting revelations have emerged from the Electoral Commission's hell-bent decision to compile a fresh voter's register for the December 2020 Elections.

The EC has been in the news lately since its declaration of its intent to compile a whole new voter's register for this year's elections.

Honorary Vice President of Imani Africa, Bright Simons, and a law lecturer at the Ghana Institution of Management and Public Administration (GIMPA), Clara Kassar-Tee, have made stunning revelations about the EC's decision to acquire a new biometric system and compile a new electoral roll.

Until Joy News’ Newsfile on Saturday, January 18, 2019, there were many things the nation was confused about and many others most Ghanaians simply did not know.

The controversy over the Commission’s plan to compile a new biometric register has been raging for some weeks now, but on the news analysis show, the following ten stunning revelations were:

1. Even though the EC had made it look like it was conducting “stakeholder consultations” to build consensus towards procuring a new solution soon, Bright Simons revealed that not only had the EC taken the decision nearly a year ago but that it had already finished a tender 8 months ago and was just about to award the contract when the controversy broke. The EC revealed that it plans to compile the new biometric register by June 2020.

2. The EC never publicised the Expression of Interest and Request for Proposals on its website or in the media and it never revealed any details about the bidders or the evaluation results months after the process had been conducted. It has still not done so and its website has been down for almost a week. There wasn’t a single press release about any of this. The EC’s IT consultant said that even though there was a ¢5000 to get the necessary documents the EC would have given them for free if asked.

3. All along, the EC has insisted that the entire Biometric Voter Management System and Register are at the end of their service lifecycle and are useless hence the need to discard them and buy a brand new system. Bright Simons revealed that the EC has spent millions buying new equipment since 2011 and that for the 2016 elections 72,000 BVDs were freshly upgraded and purchased. Some $7.2 million was also spent on BVRs and other systems. VSATs and VMS solutions have been bought intermittently as late as 2017.

4. Clara Kassar-Tee shows that the framers of the laws of Ghana did not really anticipate this constant compilation of fresh registers every 8 or so years. The statutory principle has always been to compile the register once and revise it with new information periodically. The EC did show from references to C.I. 91 that the law allows new technology features.

5. The EC has constantly argued that the cost of buying a new system is lower than the cost of upgrading the existing system. It came out that this view is just the EC’s speculation since it has never issued a formal Request for Quotations to augment the parts of the existing system that really needs upgrades and is based on the assumption that all the existing equipment has to be replaced by STL. Bright Simons showed that only a part of the system needs fresh equipment and that these could be acquired for far cheaper than the $5145 per BVR and $917 per BVD claimed by the EC.

6. The EC has long insisted that by spending $3500 per BVR and $400 per BVD, it will be saving Ghana as much as $20 million. It emerged that many countries in Africa such as Zimbabwe, Kenya, Nigeria, Benin, Sierra Leone, and the Democratic Republic of Congo have bought the same equipment for significantly less. There was an argument between the EC IT consultant and Bright Simons about the BVRs bought for Kenya for $750. The EC IT consultant insisted that the cost of that BVR did not include the peripherals but Bright argued that he had the catalogue and that the peripherals were pre-integrated.

8. Though many people had already heard discussions about the 0.6% manual verification rate and the EC’s concern that such a failure rate was high, few were aware that this failure rate is dependent on calibration over which the EC has some control or that it is better than even some international systems reviewed by US-based NIST, one of the world’s leading authorities on standardisation.

9. Though there have been many arguments about transferring the data in the existing system to a new system, Bright Simons made fresh revelations about how using a technology called WSQ the biometric data can be reconstructed from the EC’s image archives.

10. The EC’s IT consultant, Yaw Adjei Ofori-Adjei, who was also on Saturday’s show revealed that the same company that developed the biometric software (ABIS) currently in use was part of the bid in the EC’s tender and that it was operating independently of STL.