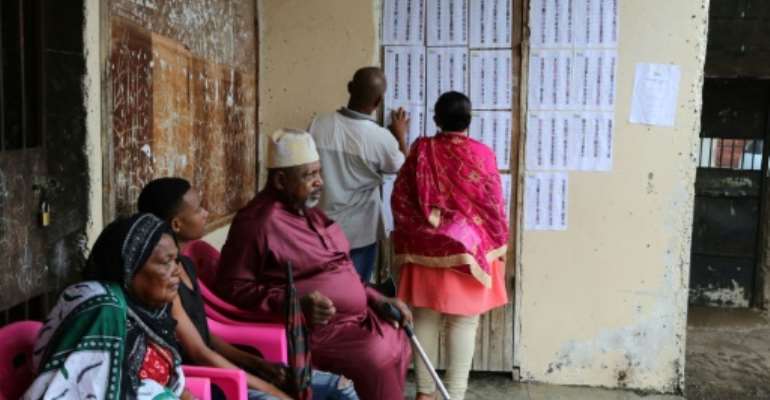 Opposition parties said they would not contest the 24 seats in the Comoros national assembly after failing to obtain guarantees of a 'transparent, free and democratic' election. By Ibrahim YOUSSOUF (AFP)

Comorans voted Sunday in the first round of a parliamentary election with victory for President Azali Assoumani's supporters all but certain after opposition parties boycotted the contest.

Most voting stations in the Indian Ocean archipelago's capital Moroni opened late because of bad weather, an AFP reporter said.

Opposition parties said they would not contest the 24 seats in the Comoros national assembly after failing to obtain guarantees of a "transparent, free and democratic" election.

Azali secured a second consecutive term in March 2019, but critics alleged vote rigging and witnesses said ballot boxes were stuffed, the latest scandal in a country blighted by instability and coups.

Azali, who has denied the allegations, had urged the opposition to drop the boycott threat in the run-up to the vote, saying in November that "my most ardent wish is that they come to participate in these elections because we have a lot to do".

Among the opposition's demands in the former French colony, one of the world's poorest countries, has been that its diaspora of roughly 300,000 should be allowed to take part, a demand Azali's camp said would be impossible to meet.

While the absence of official opposition candidates made for a low-key election campaign, tensions appeared within the ruling coalition this week.

Azali's ruling party, the CRC, has accused the Orange party of Interior Minister Mohamed Daoudou of insufficient support for their coalition.

First-round results are expected late Sunday, with a second round scheduled for February 23.