Group Shoots Down Plans To Borrow $100m For Exim Bank 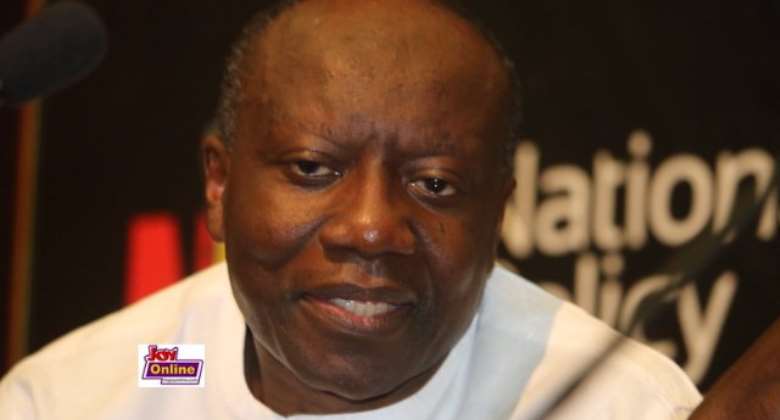 The group has further argued that Ghana’s export and industrialization drive is likely to experience major setbacks if the government advances these credit plans.

According to the economic think thank, the government would mortgage the country’s industrialisation, especially the One District, One factory if it fails to suspend the transaction immediately.

“How can we mortgage the country’s export opportunities because of this paltry US$100 million”, Economic Watch Africa asked in a statement.

“We are asking the government to hold back to this transaction. The $100 million facility which is just a drop in an ocean would come with so many conditions, which means that everything that GEXIM would do, it has to seek approval from them,” Economic Watch Africa said.

Recently, the government constituted a committee to investigate the free fall of Ghana cedi.

But many economists believe the solution to the cedi’s problems is to strengthen the country’s export base.

Economic Watch Africa is also of the view that the $100 million facility cannot finance the country’s export programme, arguing that the government needs to look for a better alternative.

“We are not quite enthused about the government decision to borrow this lesser amount, whilst an institution in France is seeking to lend up to $200 million to GEXIM under the same terms for the advancement of the government’s beyond aid agenda,” according to the statement issued in Accra by Economic Watch Africa.

“You cannot limit a development bank to $100 million if the opportunity is there why don’t you go for the higher amount, more especially when the EXIM bank needs money to support government’s flagship programme, the One District, One Factory,” said Elikem Agbenyegah, the Convener of the group.

The Economic Watch Africa also said that it has learned that there is currently a confusion and frustration at the Ministry of Finance over the decision of the government to borrow $100 million from Europe for EXIM Bank when an institution in France is ready to borrow up to $200 million to support GEXIM’s operations.

“The Economic Watch Africa is reliably informed that some senior officials at the Ministry of Finance are being coerced to support the lesser amount which has a shorter tenor and higher interest rate than the higher loan amount. We are appealing to the President, Nana Addo Dankwa Akufo- Addo to intervene and also stop the process as he did in the PDS saga”, the statement said.