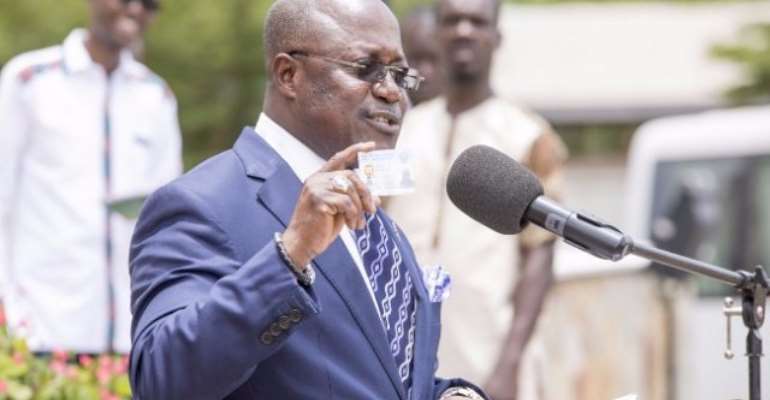 The people of the Central region would soon have the opportunity to register for their Ghana Cards, according to an announcement made by the National Identification Authority (NIA).

The registration will also cover citizens within the Western and Western North regions as well.

Prof Kenneth Agyeman Attafuah, the Executive Secretary of the Authority, told a press conference that in all, 48 districts with over 800 centres have been earmarked to facilitate the process.

"We don't sell anything at the registration centre...not even a cover for the card issued... in fact our activities have no commercial intercourse with any other business", Professor Attafuah said.

Ghanaians wishing to take part in the process must possess a valid passport, birth certificate or oath of identity and evidence of acquired citizenship.

Applicants who lack the requisite documents could choose a relative who had already been issued with the card to identify him or her or two persons already registered could vouch for the person.

The card according to the Executive Secretary would be valid for ten years after which one has to part with some monies for renewal.

The Ghana Card identifies and affirms a person as Ghanaian and gives access to benefits such as ease of travel, security from impersonation, speed in acquisitions of documents and help government factor the individual in development planning.

Professor Attafuah said successful applicants from 15 years and above receive cards instantly while those below that age bracket are issued with a collection slip for a later date.

He said any person found culpable of registration irregularities, would be liable to the payment of a fine or serve a jail term.