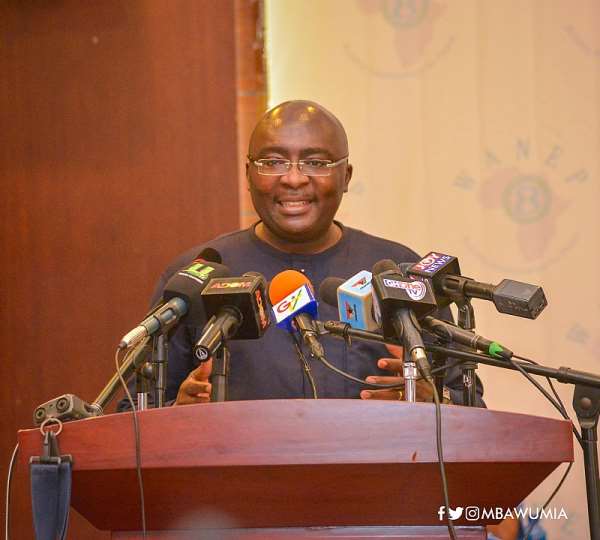 Dr Bawumia in opposition touted his economic prowess as unmatched. He told everybody how it was easy to manage the economy and that the managers of the economy then were incompetent.

He called himself the economic "MESSIAH" and his flagbearer Nana Addo also said God has gifted him with all the worldly economic knowledge to solve our Country's problems.

Ghanaians were promised a rare kind of a vice president who has the magic wand to solve all our economic challenges. It is therefore strange for a "PROPHET" who once had solutions to every economic problem to now have difficulty in proffering a simple answer to why his own currency is depreciating in a more humiliating speed under his watch.

To the extent that the Finance Minister had to put up a committee to investigate the cause of the depreciation of the cedi, is a clear verdict on the Economic Management Team led by Dr. Bawumia. But interestingly enough, he (Dr. Bawumia) didn't realise it and as usual, went on NDC as if setting up a committee of that nature was an achievement but not a dent on his performance as the chairman of the EMT. Quite ridiculous!

Ghanaians must be worried about the person we have as our vice president. This was a man who said in opposition that wrong economic diagnosis leads to currency depreciation but now thinks differently because he is in charge today. This same vice president who told us in 2019 that the IMF "prior action on the reserves target" was the cause of the cedi depreciation. Today, the same Vice President has inaugurated a committee to unravel why the cedi is depreciating. What a truthful and competent vice President!

It has been 3years in government, the vice president is yet to practice his opposition theories; he instead has turned himself into an ICT guru in the name of digitalization. That is how empty his opposition theories have rendered him into. No wonder his own government does not take himself seriously because his words and his actions do not match. No wonder he earned for himself a jocular vice president and the lying brigade.