Rain brings relief to some of Australia's bushfire victims 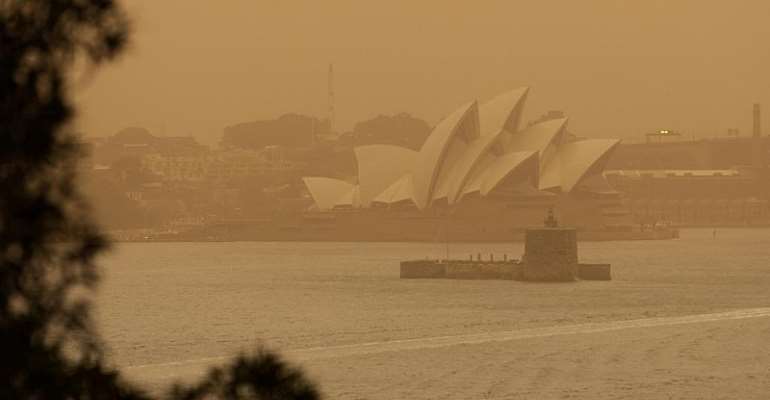 Parts of Australia's east coast have been hit by heavy rain and thunderstorms, dousing some bushfires but also bringing the threat of flooding. The organisers of next week's Australian Open tennis championship in Melbourne have defended their decision to allow qualifying to continue last week, despite toxic air quality.

Sydney-based daily newspaper The Australian reports that there have been intense downpours in Queensland, but that many bushfires continue to burn. The rain has provoked fears of widespread flooding in the state of Victoria.

Meanwhile, 20-time Grand Slam tennis champion, Roger Federer, has demanded better communication about air quality at the Australian Open, due to begin in Melbourne on Monday. Smoke from bushfires hit the tournament's build-up, as officials announced new guidelines on pollution.

Tournament organisers on Saturday introduced a scaled air quality rating to determine when play can be suspended following stinging criticism after days of toxic smoke during qualifying.

Air quality in Melbourne was among the worst on the planet on Tuesday and Wednesday last week because of smoke from bushfires that have devastated huge swathes of the country.

It was recommended that people and their pets stay indoors, but qualifying for the opening Grand Slam of the year went ahead regardless.

Broady also criticised a lack of clarity on the decision-making process about when to suspend play.

In the wake of the backlash, organisers on Saturday unveiled a five-step "air quality rating" based on pollutants measured by monitoring stations at the tournament venue in Melbourne Park.

Play will be suspended if the particulate matter rating -- the solid and liquid particles suspended in the air -- hits 200, or five on the air quality scale.

Levels between 97 and 200 -- a four rating -- will trigger a discussion between medical staff and officials about whether play should continue, with the match referee able to suspend a match if he sees fit.