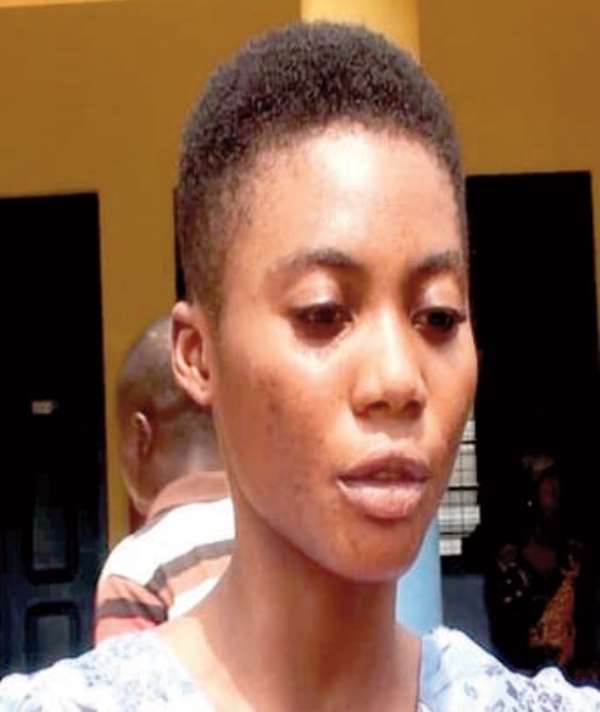 The Fomena District Police Command has arrested an 18-year-old student of T I Ahmadiyya Senior High School for allegedly faking her kidnap.

Esther Boadiwaa, according to the police, hatched a plan to visit her boyfriend at Hohoe in the Volta Region and in the process lied to her parents that she had been kidnapped.

As a result, she has been charged with making a false publication with intent to cause fear and alarm to the public, contrary to section 208 of the Criminal Offences Act (Act 29/60).

According to him, Esther sent an audio recording to her mother, Akosua Abuyaa, in which she claimed that she had been kidnapped by three men who had taken her to Hohoe.

He narrated that the girl claimed in the audio that the men were taking turns to have sexual intercourse with her, but had not demanded any ransom.

According to the police, an action to search for Esther was initiated until it was established it was a hoax.

He said the girl, after hiding with the boyfriend at Hohoe for two weeks, returned to Fomena and accompanied her mother to the police station to inform officers of her return.

The police commander said Esther initially repeated the account relayed to her parents, but later confessed during police interrogations that she concocted the story of kidnap in order to outwit her mother, who would have prevented her from visiting the boyfriend at Hohoe.

Supt. Ochil asserted that the girl had earlier lied that she visited her brother, one Acheampong, in Kumasi, and added that Esther would be put before court to answer the charge of false alarm.