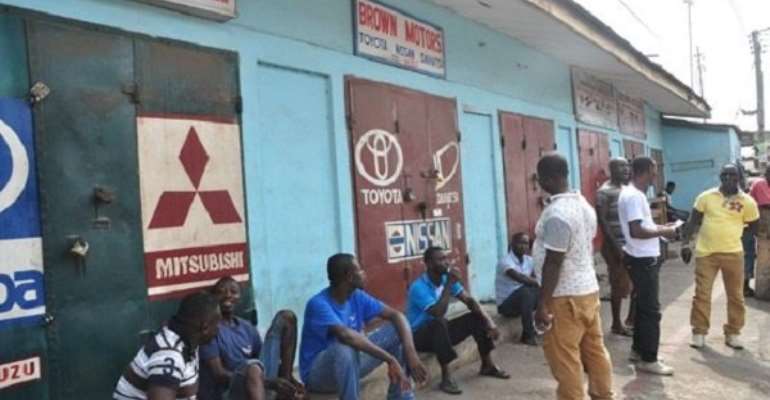 Over 600 shops at the Tip-toe Lane at the Kwame Nkrumah Circle remain closed after a three-day validation exercise.

The exercise, which was conducted by the Ministry of Trades and Industry, Ghana Union of Traders’ Association (GUTA) and Ghana Immigrations Service followed numerous agitations over concerns that foreigners are engaging in the local retail space, contrary to Ghana’s laws.

The foreign traders refused to participate in the exercise which was to assess and validate their documents before they are allowed to continue doing business in the country.

Secretary-General of the Nigeria Union of Traders Association Ghana Evaristus Nwankwo called on government to open the shops and proceed with the validation exercise.

“I think the proper thing to have been done is for the government to open people’s shops and tell them you are coming there on this particular date and state the documents which would be required. This decision to make it an open field will bring anarchy,” Mr Nwankwo said.

The foreign traders say they want some cooperation between them and Ghanaian traders but Deputy Public Relations Officer of GUTA, Joseph Osei Yaw Agyemang insists the shops will remain locked until the traders provide their documents.

“At least, if they had come and presented some two three documents and maybe they were lacking some of the documents, we could have given them the way forward to see how best we can go about it. But they wouldn’t even sit down for you to ask them questions. They have put themselves in a bad state. I don’t know what we can do for them now,” Mr Yaw Agyemang disclosed.

Nothing Will Stop Gov't From Executing Pwualugu Multi-purpos...
25 minutes ago