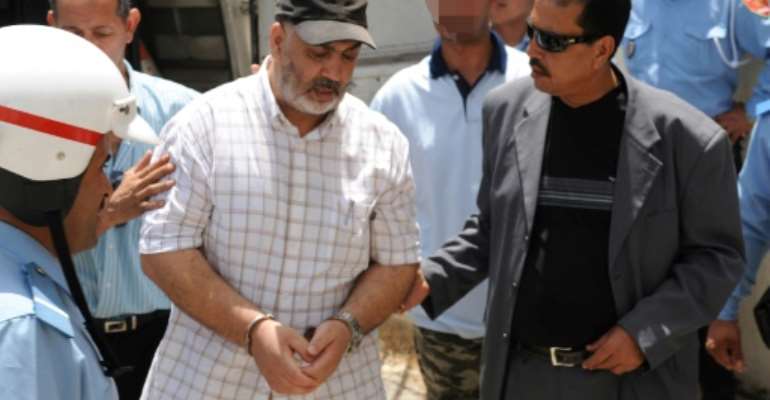 Abdelkader Belliraj was the alleged mastermind of a terrorist network of 35 people dismantled by Moroccan authorities in 2008, and was convicted in a trial criticised for rights violations.

His wife told Human Rights Watch (HRW) that since 2016, Belliraj had been confined to a cell for 23 hours a day and deprived of contact with other inmates, which the watchdog said would contravene United Nations standards on the treatment of prisoners.

The Moroccan prison authority, DGAPR, insisted that Belliraj was allowed to exercise his rights as a prisoner and was able to take walks, had access to a canteen, and received visits and telephone calls from his family.

He was "accommodated in a room that fulfils all the criteria regarding light and ventilation," the authority said in a statement, but did not specify whether he was being kept in solitary detention.

The DGAPR accused HRW of making "false allegations" and presenting a "false image of human rights in Morocco."

The New York-based rights group said it contacted Morocco's Inter-Ministerial Delegation for Human Rights in November but received no substantive response from it or prison authorities.

Belliraj, whose sentence was confirmed on appeal in 2010, was also accused of committing six murders in Belgium in the 1980s and 1990s, which he has denied. His wife Rachida Hatti lives in Belgium and is allowed to speak to him regularly on the phone.

He was arrested in February 2008 with a number of other people, allegedly in possession of a large arsenal of firearms.

Despite protestations of innocence, Belliraj was convicted in a mass trial alongside 34 co-accused, among them political leaders of moderate Islamist parties.

Some of their sentences were later reduced on appeal and eight -- including six moderate Islamists -- were later pardoned by the king.

HRW said eight of the convicted men are still serving their sentences.

The 2009 trial was criticised for violating the rights of the accused. According to HRW, Belliraj's conviction was based on confessions that he and his co-defendants said were obtained under torture.

"It is bad enough when a man gets a life sentence as the result of a miscarriage of justice, but keeping him in inhuman prison conditions for years is like twisting the knife," said HRW's acting Middle East and North Africa director Eric Goldstein.

"Belliraj and all prisoners in Morocco should be treated humanely, and that includes having daily contact with other human beings."