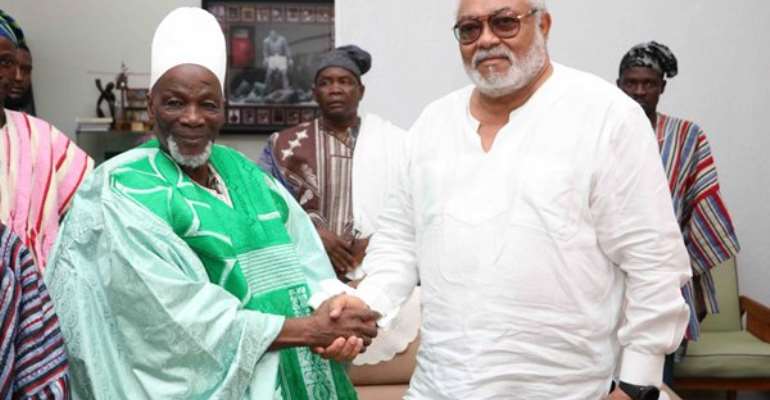 Ex-President Jerry John Rawlings, has urged the Overlord of Dagbon, Yaa-Na Abubakari Mahama II, to use his authority to urge members of his kingdom and Ghanaians to exercise tolerance and avoid provocation during campaigns.

“I can only hope and pray that we apply strategy, mobilisation and organisation instead of force and violence during the upcoming elections,” the former President said. 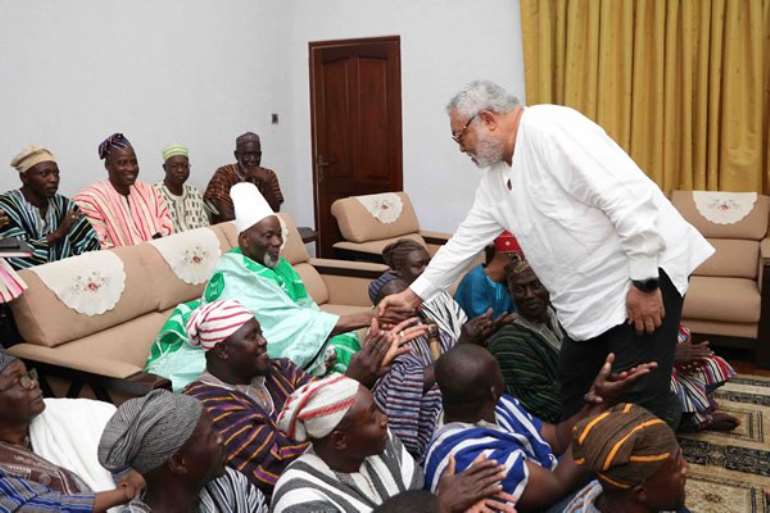 Flt Lt Rawlings made the comments when Yaa-Na Abubakari Mahama paid a courtesy call on him at his office in Accra on Friday.

The YaaN-a promised to continue pushing for peace especially during the 2020 elections and thanked the former President for his repeated entreaties for peace during election periods. 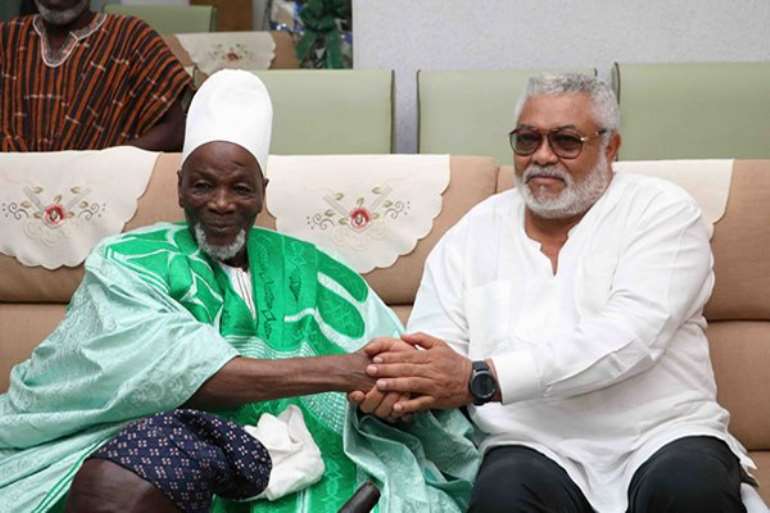 Earlier the Yaa-Na told the former President he was in Accra as part of a mission to express his gratitude to eminent personalities who helped to restore peace in Dagbon. He said he called on President Akufo Addo on Thursday and intended to call on the other former Presidents.

Yaa-Na Abubakari Mahama commended former President Rawlings for his immense support in the restoration of peace.

“You’re a man of peace. God bless you abundantly for what you did for Dagbon and Ghana as a whole,” the Overlord of Dagbon said.

The Yaa-Na said the people of Dagbon will never forget former President Rawlings for the development he brought to the region including the rural electrification project.

“You brought electricity to most communities. We were in darkness then, but you brought us light.” 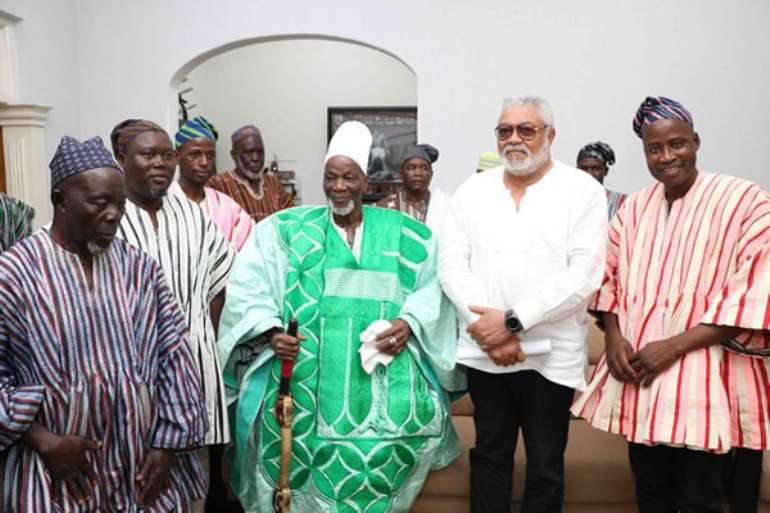 Former President Rawlings noted that a greater part of the gratitude for the peace should go to President Nana Akufo-Addo and his government as well as the eminent group of chiefs led by the Asantehene, Otumfuo Osei Tutu II for their untiring efforts.

He said, “It is sad it took so long to get the peace. I am grateful that the Yaa-Na can leave his palace and visit us. My only hope is that what used to cause these tensions have been arrested. I remember how painful and difficult it was for all of us. I hope all ethnic groups are enjoying peace. Even as we are enjoying the benefits of peace, some of the provocations of the past must not be allowed to rear their heads again,” he advised.