A Lettër To Patriotic Citizens

NPP must reign after 2020
By Ismail Ibrahim 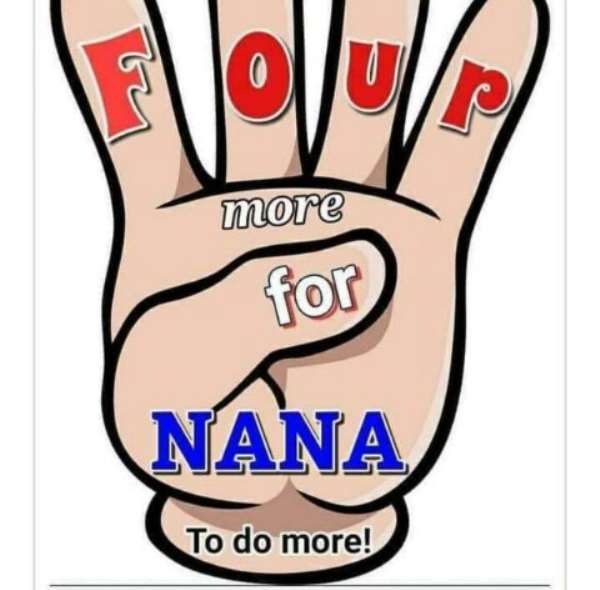 Dear Patriot,
I am extremely happy you choose to stay with the people who stand with truth probity, accountability and sustainable development. You're one of the people who choose Ghana over corruption, IMF bailout, corrupt sole sourcing, Gibril Ford Expedition, Monarchy, Smartys, Guinea fowl, create, loot and share, and second coming of Anti-Ghana(JDM), may God rescue Ghana from this scam.

Generally, Ghana has experienced unprecedented economic growth within three years of NPP government including employing and or engaging over million unemployed graduates including those(graduates from 2014 to 2018) who were denied employment as a result of the IMF string to stop employment in the public sector from April 3, 2015 to April 3, 2019. Other indices such as GDP growth, Inflation rate, MPC rate, government borrowing rate and so on(not for the ordinary Ghanaian, as claimed by the U-turn party) which were plunged into chaos, which inadvertently lead us to the the IMF, have now been arrested, killed and buried. Do you not feel happy contributing to it through your single vote?

From peaceful resolution of age long interethnic and intraethnic conflicts, border conflicts, western Togoland uprising to giving us peace of mind to sleep and wake up without thinking of any form of anarchy, brouhaha or civil uprising like our border countries(We pray for peace in those countries), we should be lucky to be identified with the elephant family

Dear patriot, many people in opposition will argue that the good work of the government cannot be felt in the pocket of the ordinary Ghanaian but then, are those under NABCO, Forestry, Youth employment and ZL engagements Togolese? Or, are those who were employed in the public sector recruitment Indonesians? Do Ghanaians still spend exorbitantly on health because health insurance doesn't work, are factories closing down because of unreliable power supply, is there rampant armed robbery capitalised on Dumdumsordum(load shedding in which you get 12 hours electricity in every 48 hours, do we not have new and improved markets, new factories or did the government deny good citizens of Ghana the privilege to contest in competitive bidding, single window clearing, and so on? I think they are just sleeping on their judgments

Now, to you Mr. Patriot, your vote is significant and we can't deny the fact. Your vote has done good to Ghana and the good people of Ghana and the fact stands still. But then your wishes might not be met completely as gallant soldier of the elephant fraternity, not because you're not recognized but because a ripe time will confess and manifest for you. You're already a hero, and as the hero you are, your importance is unquestionable. You might have legitimate concerns but the best is to address it at home instead of taking weapons to war. That does not show your innate quality. You're one in a million and you must brand yourself as such. Your good days are near and your future is now

Good people of Ghana, beware of Mahama who needed a second term in office yet robbed the future of Ghana with veto power. The man doesn't neeed a next term after this one, so his first time which was worst in the political history of Ghana will be far better than his second coming which is written all over with ulterior motives. His second coming will be the biggest scam in the political history of Ghana.