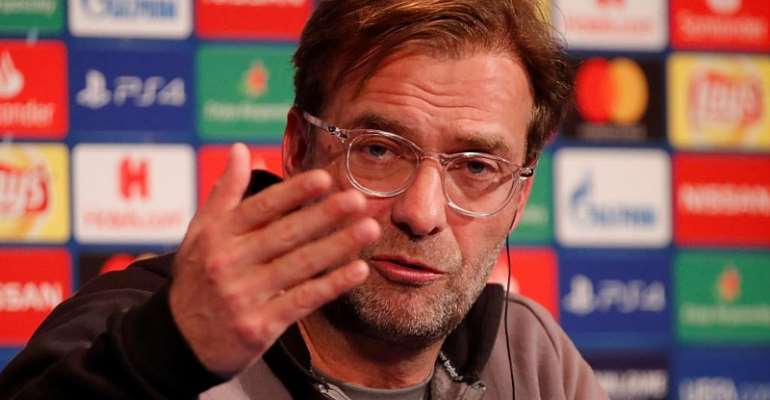 Liverpool manager Jurgen Klopp on Friday hit out at African football bosses' decision to switch the timing of the 2021 Africa Cup of Nations from summer to winter.

For decades the biennial tournament was played in January and February but in 2019 it was expanded from 16 to 24 teams and moved to June and July.

However on Wednesday, the Confederation of African Football, which organises the event, sanctioned Cameroon's plea to stage it in January and February to avoid the country's rainy season.

The shunt means the tournament will not clash with the 24-team Club World Cup - the brainchild of world football's governing body Fifa.

"The first thing is that Fifa plans a tournament in the summer of 2021," said Klopp. "Another tournament for a lot of world-class players. These decisions are made without asking players, managers, without asking anybody.

"All of that leads to the Africa Cup of Nations going back to January and February, which is for us a catastrophe in that moment losing three players."

Liverpool's Sadio Mané, Mohamed Salah and Naby Keita all featured at the tournament in Egypt. Of the troika, Mané stayed up until the final in July with Senegal.

Klopp said he understood the arguments for changing the schedule due to the tough conditions but added: "It doesn't help African players. We will not sell Sadio, Mo or Naby now because they have an extra tournament in January and February.

"But if you have to make a decision to bring in a player, it is a massive one because you know before the season for four weeks round about you no longer have him."