Son of J.R.R. Tolkien, Lord of the Rings creator, dies in France 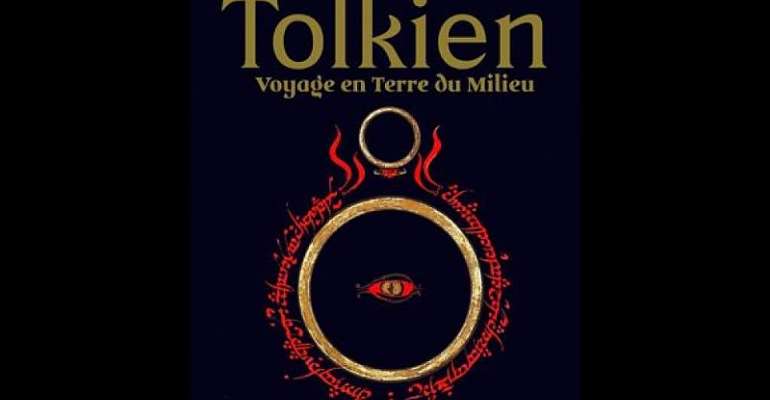 Christopher Tolkien, the son of J. R. R. Tolkien who was responsible for publishing many of his father's works, has died aged 95, the Tolkien Society said. He had been living in France since the 1970s.

The academic, a former lecturer in Old and Middle English as well as Old Icelandic at the University of Oxford, is credited with drawing the 1954 map of Middle-earth for his father's novel "The Lord of the Rings".

After his father's death in 1973, he became the literary executor of the Tolkien Estate.

Tolkien's legacy
He spent years compiling and editing his father's material before publishing many of his works, including "The Silmarillion" in 1977 and "The Fall of Gondolin" in 2018.

"We have lost a titan and he will be sorely missed," Tolkien Society chairman Shaun Gunner said in a statement Thursday.

"Christopher's commitment to his father's works has seen dozens of publications released, and his own work as an academic in Oxford demonstrates his ability and skill as a scholar," Gunner added.

"Millions of people around the world will be forever grateful to Christopher for bringing us 'The Silmarillion', 'The Children of Hurin', 'The History of Middle-earth' series and many others."

Tolkien scholar Dimitra Fimi hailed him for enriching the public's understanding of Middle-earth.

"Tolkien studies would never be what it is today without Christopher Tolkien's contribution," she said.

"He revealed his father's grand vision of a rich and complex mythology.

"He gave us a window into Tolkien's creative process, and he provided scholarly commentary that enriched our understanding of Middle-earth. He was Middle-earth's cartographer and first scholar."

"Christopher was a devoted curator of his father's work and the timeless and ongoing popularity of the world that J. R. R. Tolkien created is a fitting testimony to the decades he spent bringing Middle-earth to generations of readers," he said.

Christopher Tolkien was born in Leeds, northern England, on November 21, 1924, his father's third and youngest son.

He joined the Royal Air Force during World War II and was stationed in South Africa.

He had a son, novelist and former lawyer Simon, by his first marriage, and two children, Adam and Rachel, with his second wife Baillie, with whom he lived in France since the 1970s.