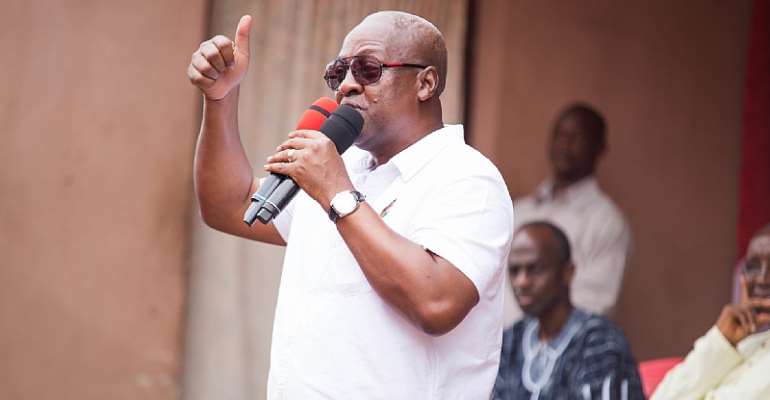 The flagbearer of the opposition National Democratic Congress (NDC), John Dramani Mahama, says the NDC is prepared to run an issue-based campaign ahead of the 2020 general elections.

Mr. Mahama believes this approach will contribute to a credible and competitive election.

“We in the NDC stand prepared to wage a campaign of ideas that enhance the process and we shall eschew insults and violence and it is our hope that our opponents will do same,” he said.

The former President was speaking at the launch of a fundraising platform in Accra where he stated that the NDC would provide credible alternative policies and not only criticize the government.

“We will offer clear options in this electioneering period. We are not going to be ambivalent. We will in the coming weeks and months make more public and far-reaching policies that will meet the expectations of our people,” Mr. Mahama assured.

Right after he announced his intent to contest the 2020 elections back in 2018, Mr. Mahama promised to run a clean campaign devoid of attacks against political opponents.

“I wish to assure that in my own nature, I am not the person that will cast aspersions or negativity or insults at any of my comrades who have declared their intention to run. And I expect that for all those who support me, they will also follow in the same track and not attack or cast any aspersions against opponents because after the congress we would have to come together again,” he said at the time.