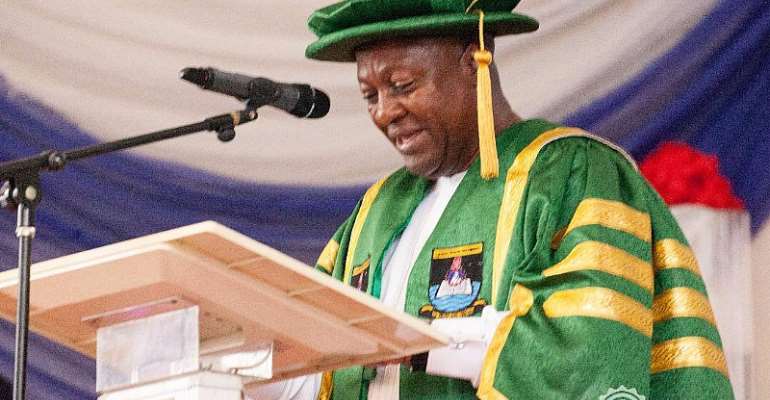 Former John Dramani Mahama has promised that the automatic promotion of teachers in the country will be brought back should the National Democratic Congress (NDC) win the 2020 elections.

Mr. Mahama is also seeking to use his re-election to cancel, the controversial teacher licensure exams to give teachers what he says is the freedom and peace that have been deprived of them since the assumption of the New Patriotic Party (NPP) government.

At the launch of the NDC’s campaign donations fundraiser in Accra on Thursday, the former President announced a number of interventions which he believes when implemented will see Ghana’s educational sector thrive.

“We will bring back the automatic promotion of teachers and cancel the teacher licensure exams. They say that we introduced the licensure exams, [but] to be clear we never sort to use exams as a means of licensing teachers,” he said.

Among the other promises is the abolishment of double track for Senior High School students, completion of abandoned E-Blocks and construction of additional ones as well as the scraping of national service for trainee teachers.

Former President Mahama also hopes to use robust policies to revamp technical education in the country promising free Technical and Vocational Education (TVET) at all levels to aid in the training of more skilled human resources for national development.

He has also promised the establishment of TVET universities in each of the six newly created regions .

In addition, the NDC will build additional and operationalize, new public universities that will have campuses in each of the newly created six reasons. The new universities will focus on technical, vocational and engineering programs.”

Ahead of the December polls, the NDC has launched a digital campaign to get members to provide financial support for the party.

With the initiative, they will have to download an application from playstore for the contributions for the organization of the campaign for national executives and the flagbearer.

At the program, Mr. Mahama stated that:

”Those of you in the business community who want to contribute, because of the vengeful nature of this current administration, we will protect your identity. Ghanaians look forward to the NDC stepping up to the plate and rescuing power from this government that promised so much but has delivered little. A government that said it will provide inclusive government but has practised the worse form of nepotism”.

Give EC The Peace Of Mind To Work – NPP Communicator Tells N...
53 minutes ago