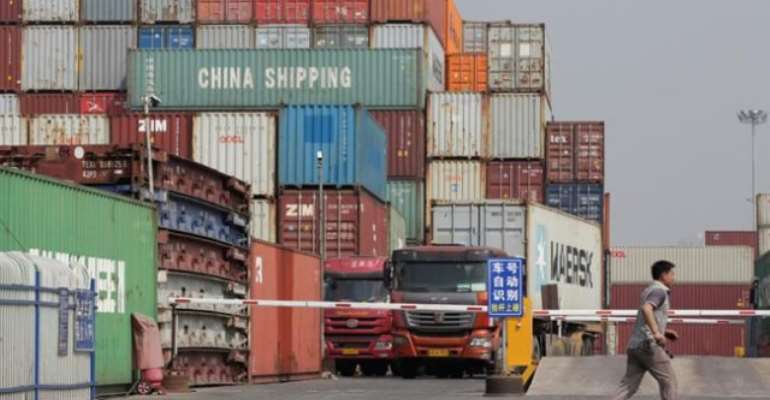 China’s economic growth cooled to its weakest in nearly 30 years in 2019 amid a bruising trade banter with the United States, and more stimulus is expected this year as Beijing tries to boost sluggish investment and demand.

As expected, China’s growth slowed to 6.1% last year, from 6.6% in 2018, data from the National Bureau of Statistics showed. Though still strong by global standards, and within the government’s target range, it was the weakest expansion since 1990.

This year is crucial for the ruling Communist Party to fulfill its goal of doubling gross domestic product (GDP) and incomes in the decade to 2020, and turning China into a “moderately prosperous” nation.

Analysts reckon that long-term target would need growth this year to remain around 6%, though top officials have warned the economy may face even greater pressure than in 2019.

More recent data, along with optimism over a Phase 1 U.S.-China trade deal signed on Wednesday, have raised hopes that the economy may be bottoming out.

Fourth-quarter GDP rose 6.0% from a year earlier, steadying from the third quarter, though still the weakest in nearly three decades. And December industrial output, investment and retail sales all rose more than expected after an improved showing in November.

Policy sources have told Reuters that Beijing plans to set a lower growth target of around 6% this year from last year’s 6-6.5%, relying on increased infrastructure spending to ward off a sharper slowdown. Key targets are due to be announced in March.

On a quarterly basis, the economy grew 1.5% in October-December, also the same pace as the previous three months.

“We expect China’s growth rate will come further down to below 6%” in the coming year, said Masaaki Kanno, chief economist at Sony Financial Holdings in Tokyo.

“The Chinese economy is unlikely to fall abruptly because of ... government policies, but at the same time the trend of a further slowdown of the economy will remain unchanged.”

SIGNS OF IMPROVEMENT, BUT WILL IT LAST?

December data released along with GDP showed a surprising acceleration in industrial output and a more modest pick-up in investment growth, while retail sales were solid.

Industrial output grew 6.9% from a year earlier, the strongest pace in nine months, while retail sales rose 8.0%. Fixed-asset investment rose 5.4% for the full year, but growth had plumbed record lows in autumn.

Easing trade tensions have made manufacturers more optimistic about the business outlook, analysts said, though many of the tit-for-tat tariffs both sides imposed during the trade war remain in place.

“Despite the recent uptick in activity, we think it is premature to call the bottom of the current economic cycle,” Julian Evans-Pritchard and Martin Rasmussen at Capital Economics said in a note.

“External headwinds should ease further in the coming quarters thanks to the ‘Phase One’ trade deal and a recovery in global growth. But we think this will be offset by a renewed slowdown in domestic demand, triggering further monetary easing by the People’s Bank.”

Among other key risks this year, infrastructure — a key part of Beijing’s stabilization strategy — has remained stubbornly weak.

Infrastructure investment grew just 3.8% in 2019, decelerating from 4% in January-November, despite sharply higher local government bond issuance and other policy measures.

Some analysts are also worried about signs of cooling in the housing market, a key economic driver.

Property investment growth hit a two-year low in December even as it grew at a solid 9.9% pace in 2019. Property sales fell 0.1%, the first annual decline in five years.

China will roll out more support measures this year as the economy faces further pressure, Ning Jizhe, head of the Statistical bureau told a news conference.

Ning noted that per capital GDP in China had surpassed $10,000 for the first time last year. But analysts believe more painful reforms are needed to generate additional growth.

Beijing has been relying on a mix of fiscal and monetary steps to weather the current downturn, cutting taxes and allowing local governments to sell huge amounts of bonds to fund infrastructure projects.

Banks also have been encouraged to lend more, especially to small firms, with new yuan loans hitting a record 16.81 trillion yuan ($2.44 trillion) in 2019.

The central bank has cut banks’ reserve requirement ratios (RRR) - the amount of cash that banks must hold as reserves - eight times since early 2018, most recently this month. China has also seen modest cuts in some lending rates.

Analysts polled by Reuters expect further cuts in both RRR and key interest rates this year.

But Chinese leaders have repeatedly pledged they will not embark on massive stimulus like that during the 2008-09 global crisis, which quickly juiced growth rates but left a mountain of debt.

Even with additional stimulus and assuming the trade truce holds, economists polled by Reuters expect China’s growth will cool this year to 5.9%.

NDC Run To UN To Revoke Akufo-Addo's SDGs Advocate Role Over...
13 hours ago