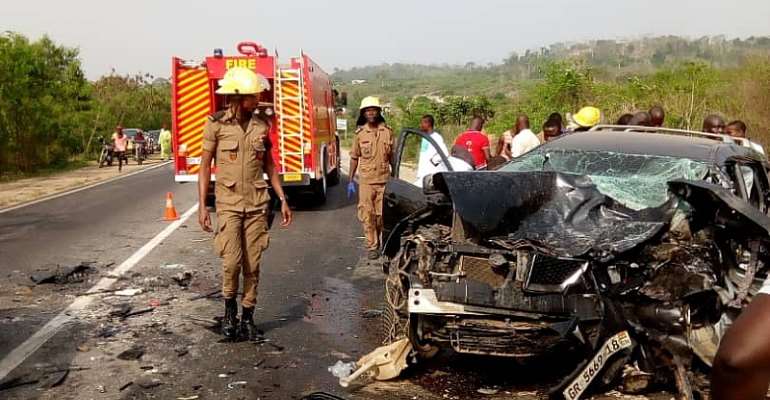 Not very pleasant news to hear at all but it has emerged that road accidents claimed a lot of lives in the year 2019.

According to the Motor Traffic and Transport Department (MTTD), 2,284 lives perished in 2019, according to provisional.

It went on to add that the figures represent a significant increase from 2018 where 2,020 died on Ghana's roads.

This would be the highest fatality figure in the last decade if validated by the National Road Safety Commission.

Ghana's best year for road crashes in the last decade was 2015 where 1,802 people died.

The Greater Accra Region had the most road fatalities with 449 followed by the Ashanti Region with 448 deaths and the Eastern Region with 349 deaths.

The provisional data did not streamline data to cover the newly created regions.

Most of the fatalities came in crashes involving commercial vehicles where 925 fatalities were recorded as well as 7621 injuries.

Crashes involving private cars led to the deaths of 627 people and 3,302 injuries.

Pedestrian knockdowns totalled 2,983 with 740 of the incidents resulting in deaths

There were also 4,643 motor or cycle crashes which take into account bicycles, hand carts, tricycles, and motorcycles. The crashes saw 723 deaths and 3474 injuries.

The National Road Safety Commission has noted that Ghana loses over $230 million annually due to road crashes.

Within the last 28 years, over 46,000 Ghanaians have been killed in road accidents nationwide.

Poor driving skills, gross indiscipline by drivers and unworthiness of cars on Ghanaian roads are among the causes of the crashes.