No Appointee Will Buy State Vehicles, Others Under Me – Mahama 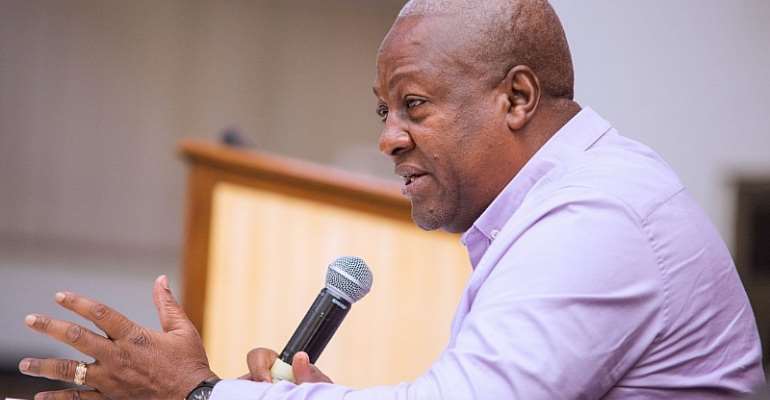 The flagbearer of the opposition National Democratic Congress (NDC), John Dramani Mahama, says as part of fighting corruption, his second coming will see the abolishing of the entitlement system for political officeholders.

He has rather suggested a financing module with the collaboration of some financial institutions to aid such office holders to purchase items they need.

He was speaking at the launch of fundraising platforms and the adoption of a constituency branch policy in Accra on Thursday.

Elaborating on a possible alternative, the NDC flagbearer said his prospective government will seek help from financial institutions.

The sale of state vehicles to staff has been a source of controversy in past years.

The Public Accounts Committee (PAC) for example had cause to fault the Ministry of Health for the sale of 25 state vehicles, and over 140 motorcycles in 2014 in a manner that it said breached the Financial Administration Regulations.

In another example, the committee also raised concerns with the Ministry of Food and Agriculture (MoFA) and an auctioneer to the ministry for contravening the auction laws and auctioning 24 vehicles to staff of the ministry at ridiculously low prices.

Taking his turn at the NDC event, the Minority Leader, Haruna Iddrisu renewed calls for a mechanism by the state to fund political parties.

He believes this is one major way of drastically reducing corruption.