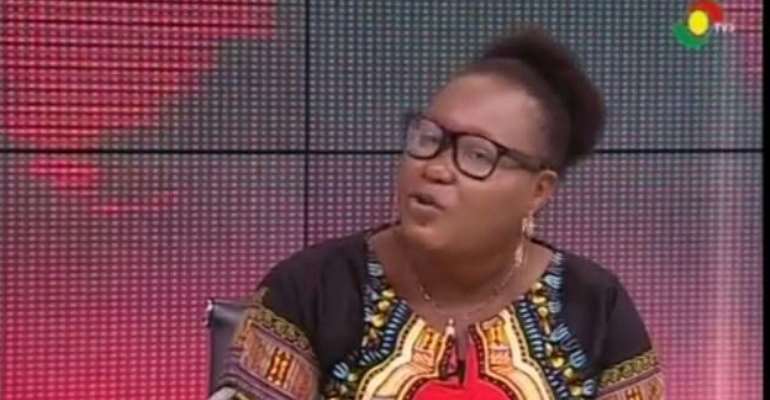 The Concern Women Ghana has sent a petition to ECOWAS, asking the regional body to intervene in the ongoing wrangle between the country's electoral commission and some political parties over the compilation of a new voters register.

The CWG believes the earlier the ECOWAS steps in, the better it would be for the country to avoid electoral disputes as it heads to the polls in the December.

Eight political parties opposing the new voters’ register have already taken to the streets of Tamale in the Northern Region to express their disappointment against the move by Electoral Commission (EC).

In a statement, signed by its Executive Secretary Annette Enyo, the CWG wants the matter dealt with as the EC is being "suspected by a section of the populace as planning to disenfranchise some citizens".

"One thing is certain, matters concerning elections must be addressed in a timely manner to prevent its spread throughout the system of governance hence our decision to petition the regional body for our noble leaders to intervene immediately, the CWG said in a statement.

It has expressed confidence in ECOWAS as their intervention will "annihilate this evil called election violence".

"We have no doubt that ECOWAS has more than what it takes to annihilate this evil called election violence starring us in the face sooner than later, by advising the Electoral Commission to cooperate with political parties and other major stakeholders."

We write to invite your attention to a serious development in Ghana which could distort the normal social order in the region.

The Electoral Commission of Ghana, which has had a long and honourable record of holding free and fair elections, is being suspected by a section of the populace as planning to disenfranchise some citizens in the much awaited December 2020 general election. The independence, fairness, impartiality and efficiency are perceived by this section of the citizenry to be compromised today, thereby endangering the integrity of our electoral process which is the very foundation of our democracy.

One thing is certain, matters concerning elections must be addressed in a timely manner to prevent its spread throughout the system of governance hence our decision to petition the regional body for our noble leaders to intervene immediately.

We are appealing to the regional body to ensure that the government, the opposition parties and the body in charge of elections organisation, adhere strictly to our electoral laws and processes as well as the regional body's protocol on Democracy and Good Governance especially.

Article 3 of the protocol states;
"The bodies responsible for organising the elections shall be independent or neutral and shall have the confidence of all political actors. Where necessary, appropriate national consultation shall be organised to determine the nature and structure of the bodies"

And
Article 8 states;
"Member states shall use the services of civil society organizations involved in electoral matters to educate and enlighten the public on the need for peaceful elections devoid of all acts of violence".

Ultimately, the Constitution of Ghana allows the Electoral Commission to operate as an autonomous body, however there is also provision for stakeholder engagement apropos change in Electoral processes so as to ensure free, fair and peaceful elections.

There is a decision by the Ghana Electoral Commission to compile new voters' register. This was followed with a fierce backlash from political parties, Civil Society Organizations, Voices of concern and some individuals from the ruling party.

Some believe the Electoral Commission is conniving with government to rig the coming general election in December. Known apolitical Civil Society Organizations/Policy Think Tanks have "cautioned the Electoral Commission to be careful not to plunge Ghana into chaos over its decision to compile a new voters' register barely 12 months to the crucial general election". Some also see this decision of compiling new voters' register as a retrogressive move taking into account the infrastructure deficit we are facing as a country.

As women group, we are deeply concerned about the current body language of the Electoral Commissioners in the midst of fierce protests from almost all political parties and other major stakeholders concerning this decision of compiling a new register.

Repeatedly, the Electoral Commission has neglected that magic of employing 'ad idem' so as to reach a consensus with all political parties on the issue of the new voters' register. The commission (from the chair to the last man on the organisational chart) had positioned itself such that they are not ready or willing to listen to voices of concern.

The Electoral Commission had indeed put forward cogent reasons and outlined some challenges with the old voters’ register which according them merit compilation of a new voter register. What we find intriguing is that, the old register has been used by the Electoral Commission to successfully elect over 6,000 District Assembly Members and over 30,000 Unit Committee Members on December 17, 2019 (barely a month ago) in spite of these challenges highlighted by the Commission.

This same old voter register has been used to conduct a referendum to partition some regions in Ghana in the year 2018. The question is, "Are we being told that these recent elections that saw us using the old register are illegal, fraudulent, invalid?”

Certainly, there might have been some challenges with our current biometric registration devices but these challenges were competently resolved by the Electoral Commission with zero complaints.

We recall that the Institute of Economic Affairs (IEA) under the leadership of the current Electoral Commission Chair, Mrs. Jean Mensa, advised the then chair of the Electoral Commission Dr. Afari Gyan against compilation of new voters' register during election years. She, in a report sent to Dr. Afari Gyan stated that "Things done in a rush are susceptible to costly mistakes. Indeed such crash activities are a recipe for distrust, tension and raising of unnecessary alarms over issues that could ideally pass without many qualms from the key stakeholders." Surprisingly, Mrs. Jean Mensa today is contracting herself by doing just the opposite of what she stood for few years ago. She has maintained the commission will compile a new register in an election year despite concerns from some major political parties and Civil Society Organizations.

What raises eyebrow is the fact that the Electoral Commission which by law must be neutral had some of its top officials publicly and openly showing hatred for some political parties and contestants in the next general elections.

It is insanely evident that this much suspicion of the Electoral Commission by major political parties could lead to rejection of the December 2020 elections should the Electoral Commission neglect calls by Civil Society Organizations, Political parties, IT Experts/consultants et cetera to rescind its decision. This is where our worries come as women who do not wish for and cannot stand election violence. The drag in and drag out over who won an election breeds violence and our group is concerned about the vulnerable, women and children especially.

What we suggest as possible solution is a table discussion for ECOWAS to give hearing to the following key players and major stakeholders:

4. IT Experts / Consultants (Local and International)

5. Former Electoral Commissioners
We are deeply saddened by the manner in which the Electoral Commission is handling this issue. What has changed after spending so much of the tax payers money in conducting the limited registration, an exercise that allowed first time voters to be captured. And this was done with the old register. Why spend so much on a register that would be done away with in less than a year?

We regard ECOWAS as a strong representative that wields the power to intervene and ensure Ghana's Electoral Commission avoid needless suspicion to ensure peace and stability now, during and after 2020 general elections.

We have no doubt that ECOWAS has more than what it takes to annihilate this evil called election violence starring us in the face sooner than later, by advising the Electoral Commission to cooperate with political parties and other major stakeholders.

We are confident that our petition would be given the urgency that it deserves.