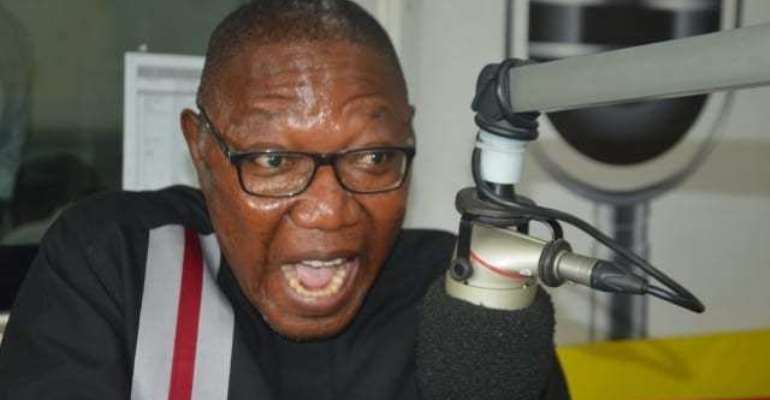 The Minority in Parliament has challenged the government to release its investigative report on allegations of corruption among officials of the Forestry Commission regarding rosewood dealings.

Builsa South MP, Clement Apaak who represents the NDC on the Public Accounts Committee said there is no reason the Lands and Natural Resources Minister, Kwaku Asomah-Cheremeh should be keeping the report which was submitted to him some fortnight ago.

“I find it strange and I don’t understand,” Dr. Apaak told JoyNews’ Joseph Opoku Gakpo, adding the Minister should not take more than three days to peruse the report and release same to the public.

According to the EIA, despite a government ban on harvesting, transportation and export of rosewood which has been in place since 2012 and renewed on in March 2019, the illegal trade has been ongoing.

The report fingered officials of the Forestry Commission which they said “have established an institutionalised scheme, fueled by bribes, to mask the illegal harvest, transport, export, and illegal licensing of the timber.”

CEO of the Commission, Kwadwo Owusu Afriyie, however, said the allegations against him and officials of the Commission by the Environmental Investigative Agency (EIA) are false and not a true reflection of what transpires at there.

He said the former head of the Wildlife Division of the Forestry Commission, Nana Adu Nsiah, who was cited in the report is a truthful man who has served the Commission diligently for many years.

Speaking to JoyNews, Mr. Owusu Afriyie insisted that the EIA reporters failed to speak to Mr. Nsiah who they cited in the report.

He indicated the Commission’s readiness to cooperate with any investigations into the matter.

Dr. Apaak, however, called the integrity of the investigative committee into question.

“The committee is put together and will report to the Minister, it's chaired by one of his deputies and has members drawn from the Forestry Commission, the Ministry, Customs among others.

“How can the very same entities alleged to be deeply complicit in the ongoing illegal rosewood trade investigate a matter they are alleged to be involved in or superintending over,” the MP queried.