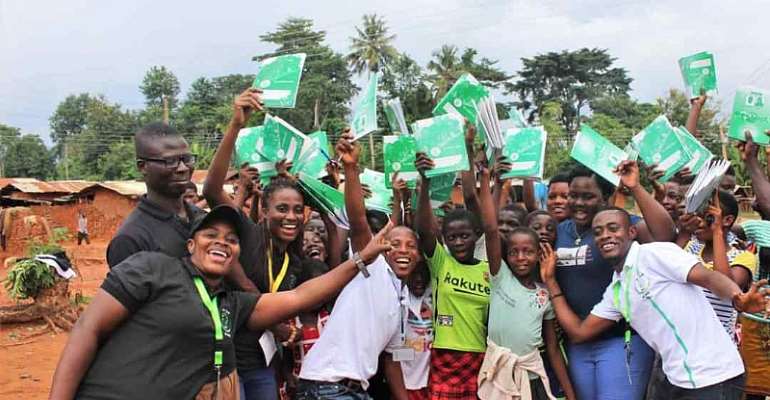 Ghana as a nation has enjoyed a massive boost in terms of natural resources for more than five decades now, but still not developed as it has been presumed by many researchers.

Reports showed that 43.94 % of the total population lives in rural areas as at 2018, according to the World Bank collection of development indicators, compiled from officially recognized sources.

The lesser part of the population is what is indirectly supporting the entire nation.

The research undertaken by the Chief Executive Officer of As I Grow (NGO), Mr. Debrah Bekoe Isaac showed that in most deprived communities, about 95% are lagging behind in terms of development.

Their work over the years has been in the form of advocacy, research, donations and human resource empowerment in deprived communities in Ghana.

Speaking to our correspondent, he pointed out that Ghana has major resources such as cocoa, bauxite, manganese, gold, crude, diamond, salt, palm plantations, food crops, etc. which could have been used as a means to develop the entire nation to curb poverty.

He explained that Ghana has not developed as we really thought these available resources would have lead to improvement of the lives of the populace in terms of education, economic, and social lives through the many efforts of past and present leaders.

With his experience in rural advocacy work, he said the average spending of the current individual in the deprived communities in Ghana is less than two Ghana cedis (Ghc 2) which is below the daily minimum spending of an average citizen in Ghana.

He further explained that these deprived communities have intertwined problems which include: poor road networks, abandoned school projects and buildings, lack of water,lack of health facilities, lack of market for farm products and storage facilities for farmers.

On his part,he called on the government to trickle down his development to these remote areas since they are the major boost of the economy in Ghana and without them, Ghana's natural resources will not meet the standard requirements.

An example of a community he mentioned was Krutiase where he suggested a cassava dough industry for the village to support them.

He was of the view that children in these communities need better education since they are part of the national educational plan which is for the whole nation. On his part, he indicated that most of these areas have about 70% of their children having no access to better education which could be detrimental to the future of Mother Ghana.

Taking a deep sigh, he drew our attention on how Miawani MA school and community in the Suhum municipality has been left out. Children school under dangerous structures which remains a threat to their lives as well as the poor state of water which leads to a myriad of diseases to the entire community.

He finally urged all stakeholders especially Municipal chief executive officers, District Chief executives, chiefs, organizations, and other stakeholders to fully participate in the process of developing deprived communities in Ghana as they are the backbone of the nation.