During a royal visit by the Yaa-Na to the President Nana Akufo-Addo at the Jubilee House today, the president reiterated that a year on after the enskinment of a new Yaa-Na, everything is working for the good of Dagbon.

Akufo-Addo praised the Yaa-Na for proving to be a man of experience and dignity who has discharged his duties with distinction so far.

Addressing the gathering, the President stated that policies and programmes being implemented by the government will guarantee greater days ahead for Dagbon under the new Yaa-Na.

“With Government determined to exploit and add value to the iron ore deposits at Sheini, to finish the second phase of the Tamale Airport project, to construct the Tamale Interchange, the first of its kind in the northern sector of the country, to see to the imminent completion of the Tamale Teaching Hospital, to upgrade the Yendi Government Hospital to a befitting status, to promote the sustainable development of agriculture in the area, and, soon, to commence the Yendi Water Project, it is evident that great days lie ahead for Dagbon under the stewardship of Yaa-Na Mahama Abukari II,” he added. 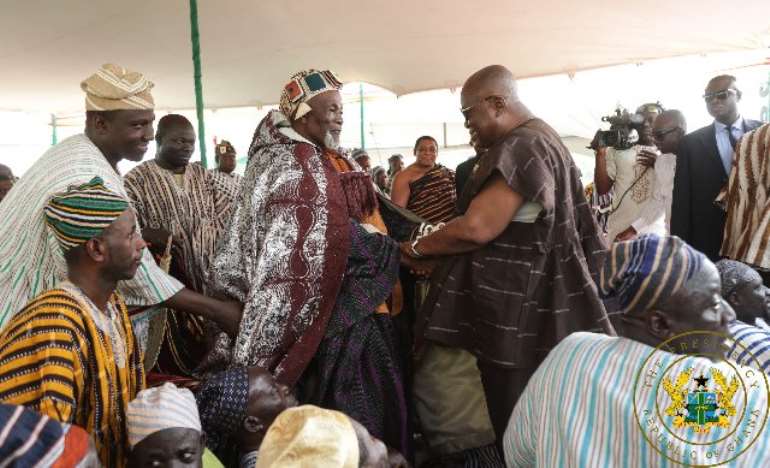 President Akufo-Addo, however, noted that fruits these developments can only be appreciated by the people of Dagbon if the peace being enjoyed there is nurtured and maintained.

“If chieftaincy disputes are not allowed to become a part of the fabric of the great state of Dagbon nor of any part of our country. Development can never take place in an atmosphere of chaos and confusion,” he said.

The President further acknowledged Asantehene, Otumfuo Osei Tutu II, the Nayiri, Naa Bohugu Abdulai MahamiSheriga, and the Overlord of Gonja, the Yagbonwura, Tuntumba Boresa Sulemana Jakpa for finding a permanent solution to the crisis in Dagbon, to aid the process of enskinning Ya-Na.

He thanked the Committee of Eminent Chiefs for not giving up on the people of Dagbon, even when, at times, the situation seemed hopeless, adding that “their display of tenacity, statesmanship and patriotism is worthy of emulation by all, and I am certain that posterity will continue to applaud their efforts.” 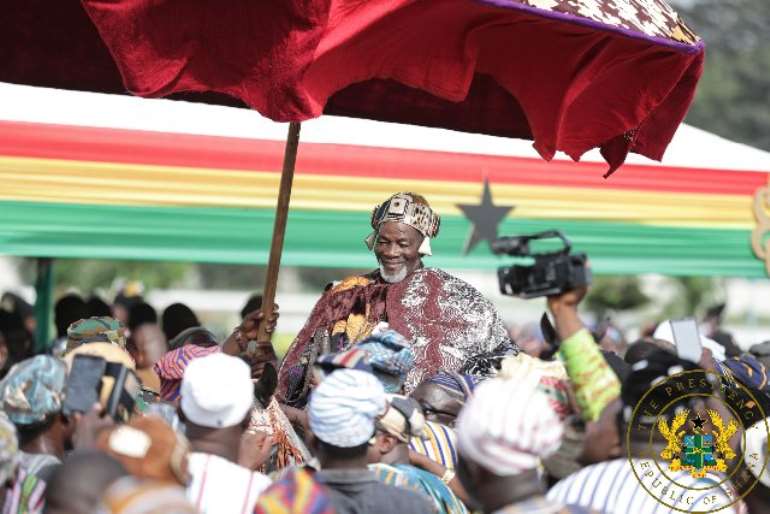 President Akufo-Addo reiterated his commitment to do everything in his power, so long as he is President, to assist the Yaa-Na to administer Dagbon in an atmosphere of peace, serenity and tranquility.

“You deserve the support of all well-meaning Dagombas, and, indeed, all Ghanaians, for your efforts to rebuild this ancient kingdom,” he added.