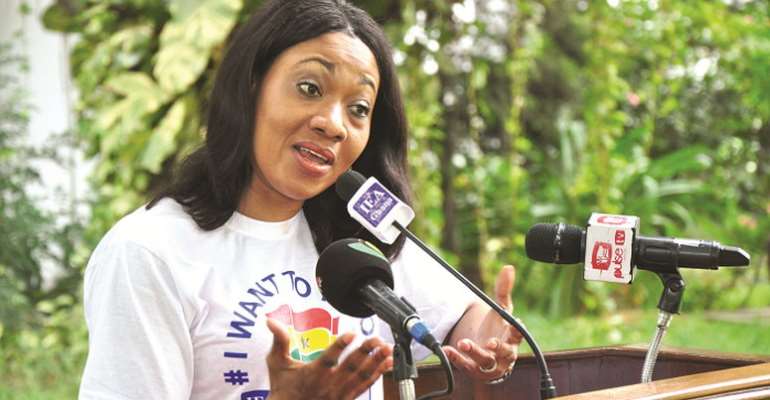 We have taken notice of a certain statement circulating on both social and traditional media purporting to be communicating the position of the PNC on the infamous decision by the Jean Mensa-led Electoral Commission to compile a new voters’ register ahead of the 2020 elections.

Let me state unequivocally and without mincing words that the PNC's position on the compilation of a new voters’ register since 2016 remains an unrepentant NO. This position of the party has not changed in 2020 since the Electoral Commission has not been able to offer any convincing, compelling and constructive reasons in their quest to ditch the existing register compiled in 2012.

It is the considered opinion of the Party that besides the time constraints as well as the cost elements, the proposed introduction of facial recognition technology cannot beat the existing biometric technology deployed for the existing register.

We, therefore, do not see the sense and need to support an inferior technology as against a far superior existing technology. On the basis of common sense, we are thus compelled to join the calls for the Electoral Commission to drop the proposal to compile a needless new register.

Through this statement, we implore the media to disregard that caricature of a statement released under the hand of Emmanuel Wilson creating the impression that he is stating the official position of the PNC. Is it not curious that a Communications Director would sit in the comfort of his home or wherever to issue a statement on behalf of the party without the approval of the leadership of the party?

As an appointed Director of Communications, he must be communicating on the instructions of the party leadership especially on a matter as important as this Voters’ Register proposal. Unfortunately, in his quest to glorify himself, he hurriedly put together a statement that is riddled with inconsistencies and inadequacies rendering it substandard thereby ridiculing the PNC in the process.

The PNC is open to fair and frank engagements with the EC at the IPAC level as well as any other forum that would help to shape and strengthen the electoral system of Ghana to enable the EC conduct, supervise and deliver free, fair, transparent and credible elections as mandated by the constitution.