Kasoa, A Den Of Criminals, In A Very Dangerous Residential Area 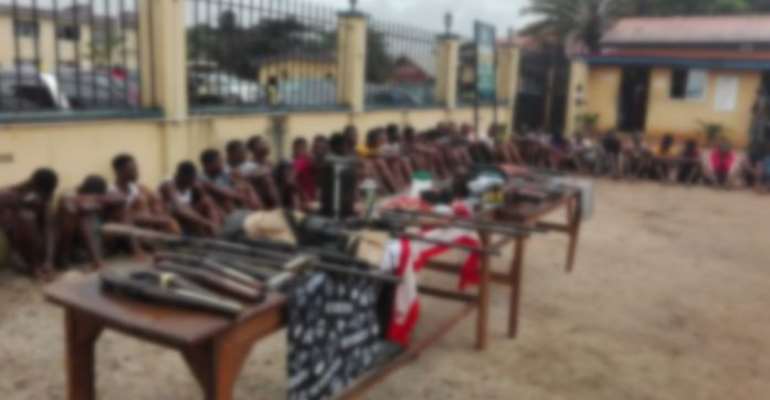 Kasoa is an urban town in the Awutu Senya East municipal district in the Central Region. Kasoa was formerly known as Odupongkpehe, the second largest town in the district only next to Winneba. The town is situated along the Accra-Cape Coast road.

Kasoa has a vast land and since the town is not far from Accra, Ghanaians, especially those living abroad, rushed to buy plots of lands for building purposes. In no time houses sprung up in hundreds. Many landlords and house owners moved to their houses. Those who lived abroad rented their houses mostly to foreigners including Nigerians, Cameroonians and other foreigners. These foreigners, especially Nigerians and Cameroonians have rendered Kasoa dangerous and unstable. Incidents like crimes and killings occur almost on a daily basis.

Joyce lived with her two children in her husband's house at Kasoa. The husband lives abroad. Joyce realised that there was nothing in the house to prepare food for the children. Her two-year-old son was fast asleep. She told her other son she was running to the shop nearby to buy items to make food for them. On her way home, a young girl approached her and informed her that her son was playing on the compound when two Nigerians she knew very well took the boy in their car and drove away. Hot tears began to flow from her eyes. She called the police who were there within fifteen minutes.

The girl led Joyce and the police to where the Nigerians lived. The girl pointed at the door where those two Nigerians live. Just as the police got down from the car to knock at the door, the girl shouted, "Here they are!" The Nigerian suspects turned the car fast and took an escape route. The police jumped into their car and gave them a chase. The criminals defied the traffic light and drove into the Kasoa highway. The police followed at top speed. The Nigerians branched off from the highway, slowed down and stopped. The police stopped seconds behind them. The Nigerian driver got down from the car. He had a short gun hidden behind him. As soon as the two policemen got out of their car, the Nigerian lifted the short gun and began to shoot at the police. The first police man was shot in his head and chest and the second was shot in the stomach. The Nigerians sped off. The policemen fell down dead.

The road leading to Kasoa has become a constant threat to pedestrians. The road is a modern highway with four lanes. It is a high speed road and pedestrians, especially school children, are killed as they attempt to cross the road which has no zebra crossing. The construction of the road, which cost nearly 14 million dollars, made no provisions for overhead bridges. People are losing their lives on a daily basis and yet no bridges are being constructed.

Something must be done about the situation at Kasoa. The Nigerians, Cameroonians and other foreigners who don't have residence permits must be flushed out from Kasoa and other towns. The contractor must be compelled to build overhead bridges.

Lastly, the area must have a police station with strong and independent-minded policemen and women and not the police stations we see at Kasoa today, whose members have been weakened by sums of money being dished out to them by the owner of the estates at Kasoa code-named Millenium city, for his own personal reasons. The police stations at Kasoa must work towards ensuring peace and security in the area.