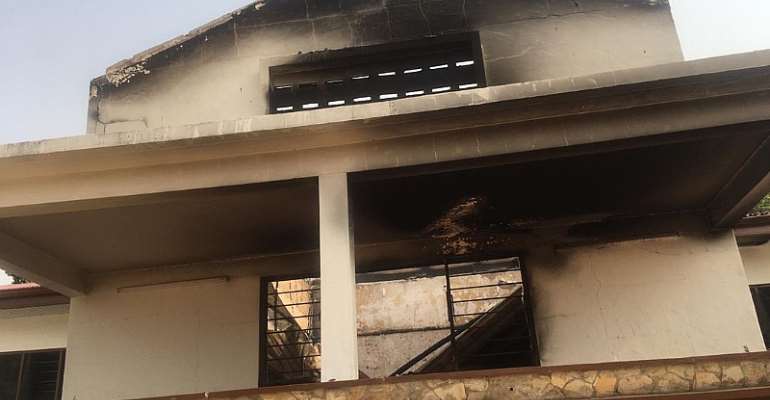 The Management and students of Accra Academy Senior High School in Accra are soberly reflecting on losses as a result of a fire outbreak that hit the school on Wednesday.

The fire destroyed the personal belongings of students in two dormitories.

Against this background, management is appealing to the general public to assist in the rehabilitation of the affected school dormitories

Two halls of residence in the school – Alema and Halm-Addo were destroyed by the fire at a time students were at prep. 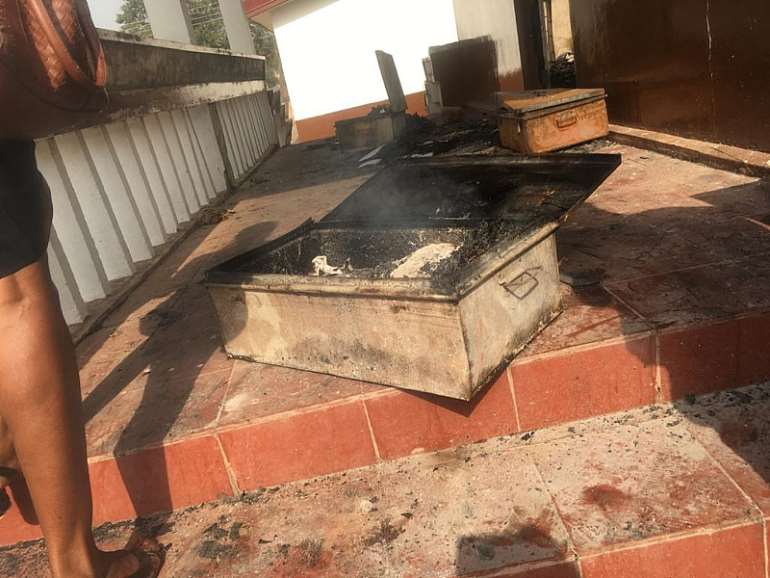 No casualties were recorded.

Addressing a delegation from the Accra Regional Police Command and the Okaikwei South Municipal Assembly, the Board Chairman of Accra Academy, Wilson Teye disclosed that while the extent of damage is yet to be ascertained, the school welcomes in form of assistance to indemnify both the facilities and students.

“Now our major problem is where to put the children because we do not have enough boarding space. We need to evaluate the real cost of the fire, attend to that and seek help based on what we need. At the top of my head, we will be needing help in rehabilitating the dormitories. In the meantime, we will need help to house the young people and the things that they lost. The state has to come back and replace the government books. With their own personal belongings, the old boys association has begun talks to see how best we can help the students.” 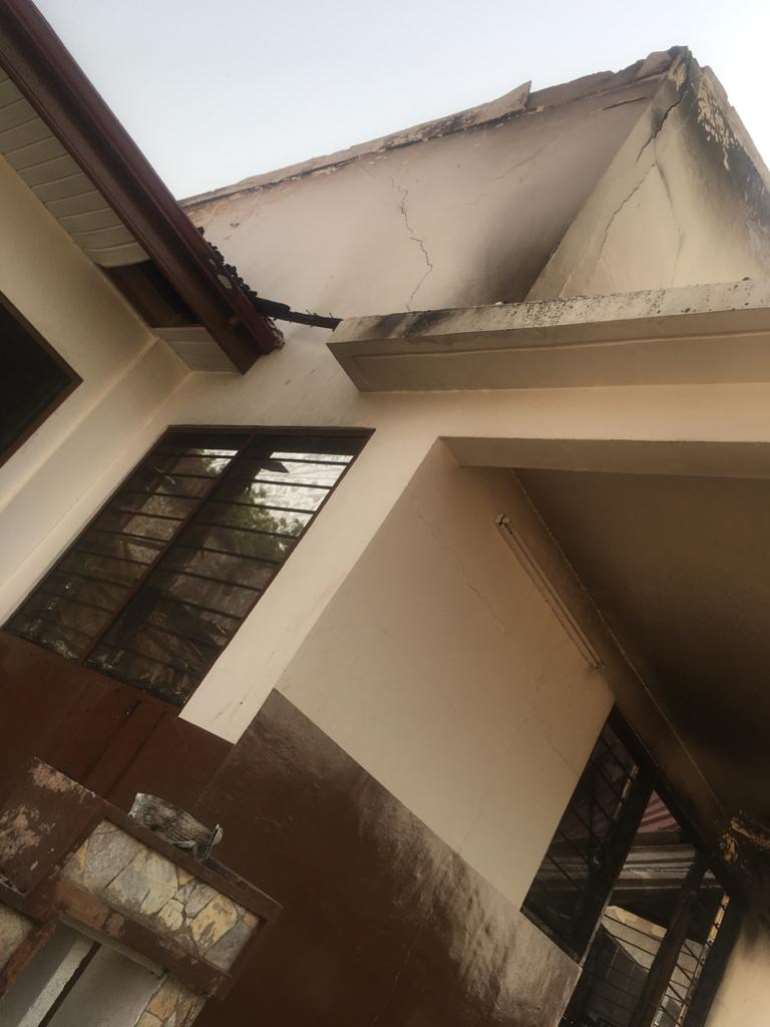 The timely intervention of officials from the Ghana National Fire Service at the scene brought the flames under control.

An eyewitness who spoke to Citi News at the time of the incident narrated that:

“Around 8 pm I saw the flames and it looked very serious. It appeared to be in the area where a new dormitory is being constructed. The students were at prep as of the time of the flames. I did not see any of them get hurt by the fire,” the eyewitness said. 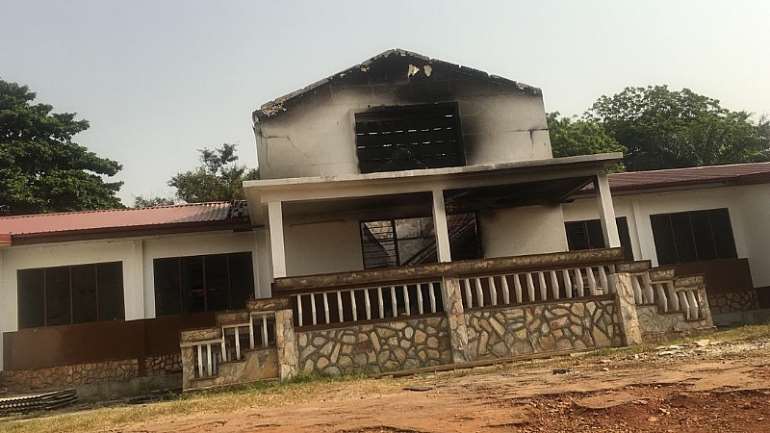