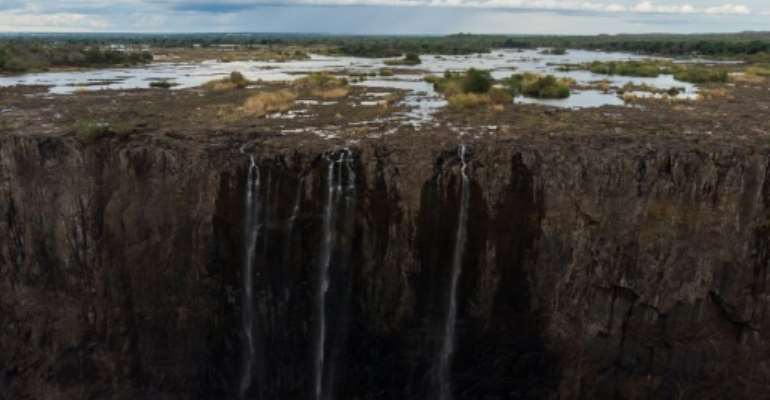 Roughly 45 million people in southern Africa are in urgent need of food aid as a result of drought, flooding and economic hardship, the UN said Thursday.

"This hunger crisis is on a scale we've not seen before and the evidence shows it's going to get worse," World Food Programme (WFP) regional director Lola Castro said in a statement.

The agency warned that it had secured only $205 million (184 million euros) of the $489 million it requires, saying families across the region were already skipping meals, taking children out of school, selling off precious assets and falling into debt to stave off agricultural losses.

In southern Africa as a whole -- where temperatures are rising twice as fast as the rest of the world -- people are experiencing the worst drought in 35 years, according to the UN.

Low growth, rising population, drought and floods have combined to worsen food insecurity in the region.

"If we don't receive the necessary funding, we'll have no choice but to assist fewer of those most in need, and with less," Castro said.

Nearly half of Zimbabwe's 15 million people live in a state of chronic food insecurity, according to UN figures.

Wildlife has also suffered, with over 200 elephants having starved to death in Zimbabwe in just three months last year.

Twenty percent of the population in drought-stricken Lesotho and about 10 percent of Namibians are also suffering from food insecurity.

Zambia was long known as the region's breadbasket but a recurring drought has cut water reserves at the hydroelectric dam of Kariba, the main source of energy of Zambia.

Across the region, women and children are bearing the brunt of the difficulties.

The situation could decline further as the dry season may last longer than usual, affecting the annual cereal harvest in April.

The WFP plans to provide lean season assistance to 8.3 million people in areas that are grappling with crisis levels of hunger.

It called on the international community to accelerate both emergency assistance to millions of desperately hungry people in southern Africa, and long-term investments to enable the region's vulnerable to withstand the worsening impacts of climate change.

The European Commission said on Thursday it was mobilising a humanitarian aid package of â‚¬22.8 million to assist with emergency food needs and support vulnerable people in Eswatini, Lesotho, Madagascar, Zambia and Zimbabwe.