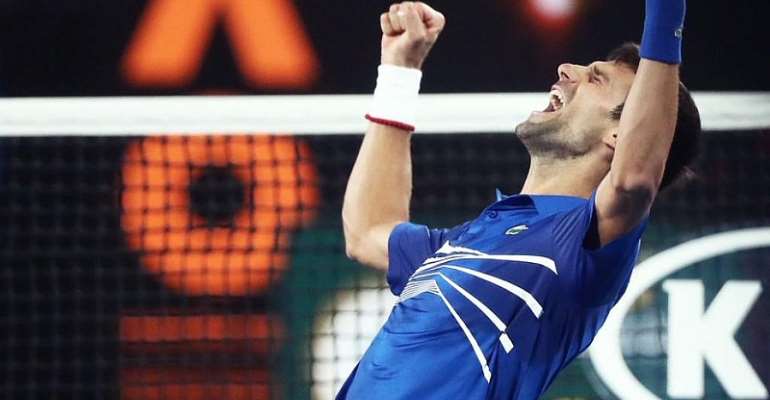 Novak Djokovic will launch his quest for a record extending eighth Australian Open title against the German Jan-Lennard Struff while the women's champion Naomi Osaka opens her campaign against the Czech Marie Bouzkov.

Djokovic, 32, seeded at number two, is the most successful male player in the 115 year history of the event.

Djokovic, who also hoisted the Wimbledon title in 2019, has been drawn in the bottom half of the draw and could meet the third seed Roger Federer in the semi-final.

Nadal, who is the men's top seed, starts against Hugo Hugo Dellien from Bolivia.

The Spaniard's counterpart in the women's event, Ashleigh Barty, faces a tricky debut.

The 23-year-old Australian - who is hoping to become the first local woman to win the women's singles title since Christine O'Neil in 1978 - will take on Lesia Tsurenko from Ukraine.

They have played twice before. Tsurenko, 30, won the last encounter in straight sets in Brisbane in 2018.

However, the start to the tournament has been overshadowed by rows over air quality.

Air
On Thursday, the British player, Liam Broady, hit out at organisers for insisting that qualifying matches be played despite the prevalence of toxic smoke from bushfires around Melbourne.

Provincial health chiefs had urged people to stay indoors but ties were scheduled.

"The more I think about the conditions we played in a few days ago the more it boils my blood," Broady wrote on social media.

He called an email from governing body the ATP and the Australian Open defending the decision to go ahead with qualifying matches a slap in the face.

"We can't let this slide," Broady added. "The email we received ... was a slap in the face, conditions were 'playable'. Were they 'healthy'?" he said. "Citizens of Melbourne were warned to keep their animals indoors the day I played qualifying and yet we were expected to go outside for high intensity physical competition?

Fright
On Tuesday, Dalila Jakupovic was forced to retire from her qualifying match due to a coughing fit.

The Slovenian had been leading her match against Switzerland's Stefanie Voegele but quit. She said later she was scared that she would collapse.

The German player, Dustin Brown, who was knocked out by top seed Dennis Novak in qualifying on Wednesday, appeared to agree with Broady in a social media reply to him.

And Canada's Vasek Pospisil, also added his voice. He tweeted: "We won't let it go."

Tennis Australia chief Craig Tiley said this week decisions on whether to play had been made after consultations with the tournament's medical team, the Bureau of Meteorology and scientists from the regional Environment Protection Authority.

"This is a new experience for all of us in how we manage air quality, so we have to listen to the experts," said Tiley.

Manasseh Azure writes: What happened to Bridget Otoo at Metr...
58 minutes ago