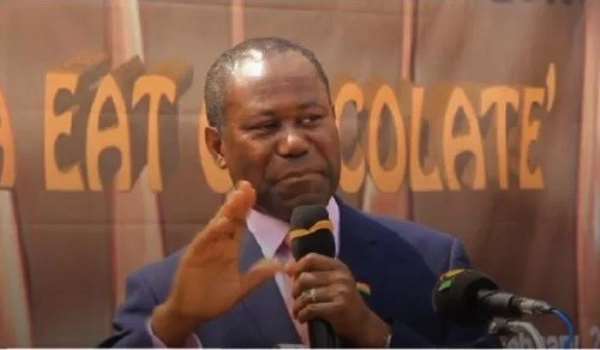 Chief Executive of Ghana Cocoa Board Joseph Boahen Aidoo has rubbished a claim by the western media that Ghana and Côte d’Ivoire have formed a “cocoa cartel” to control the world cocoa price.

The cocoa cartel branding by some major US-based news media like the Wall Street Journal and the Guardian was because Ghana and Cote d’Ivoire recently introduced a living income differential (LID) to get better income for cocoa farmers.

Ghana and Cote d’Ivoire control over 60 per cent of the world’s cocoa production, but cocoa farmers from the two countries have not benefited from the leverage, as their portion of world market price is rather minimal.

The LID was therefore a US$400 flat rate per every ton of cocoa bought from the two countries, even before the actual price of cocoa is determined, and that money would go straight to the cocoa farmers.

The LID is billed to take effect from October 2020.

But the COCOBOD Boss said “we don’t whatever name the western media calls us, provided we are doing what is right by our farmers who have been shortchanged for decades.”

There have been some threats that the West will boycott cocoa exports from Ghana and Cote d’Ivoire because of the LID, but Joseph Boahen Aidoo said because of the health value of chocolate “they cannot boycott it – and will not go back on US$400 for our farmers.”

“No amount of name calling will make us revert to shortchanging our cocoa farmers,” the COCOBOD Boss assured the chiefs, people and cocoa farmers of Wassa Akropong on his recent visit to the area.

Head of Communications at COCOBOD, Fiifi Boafo told Adom News this is not the first time the western media is running propaganda against African countries for pursuing a policy that benefits Africans, so COCOBOD is not moved by the “cocoa cartel” branding.