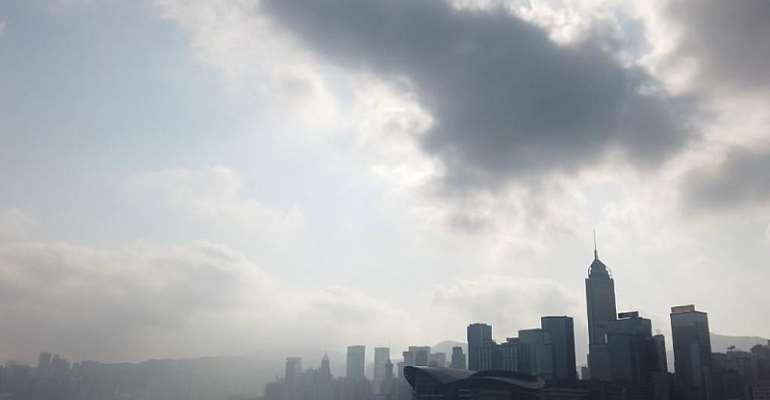 “It was such a pleasant outcome,” says Claudia Mo, one of the 35 directly elected members of Hong Kong's 70-seat Legislative Council (Legco), of Tsai's victory. “We just didn't expect her to get over 8 million votes. Now that's a really pleasant surprise!”

Mo, who occupies the only seat of HK First, a political entity she created herself, is one of the more radical members of the Hong Kong legislature – and very critical of Beijing.

“For decades it's Taiwan's politics that impacted Hong Kong. It's never been the other way around. But now, for the very first time, Hong Kong politics – the dire situation we have been in in the last six months – helped to shape Tsai Ing-wen's election. The threat of the 'one country, two systems' ending up like in Hong Kong tells Taiwanese whom to vote for.

In her first interview since Saturday's re-election, Tsai said that there “was no need to formally announce independence because the island already runs itself,” pouring oil on the flames of Beijing's ire, which boils over at any suggestion of Taiwan's independence.

And Claudia Mo is one of the first in Hong Kong to have sympathy for Tsai's point of view.

Trauma
Mo started her career as a journalist for AFP. She was in Beijing when the People's Liberation Army crushed peaceful demonstrators on 4 June 1989, reporting first-hand about the unfolding tragedy.

"That was a huge trauma. I just couldn't believe that the government would crack down on its own people. In its own capital", she says.

She then turned to politics, and helped shaping the critical voice of many of Hong Kong's directly elected legislators.

At the age of 63, she has considered retiring after her current term, which ends with the next Legco elections in September.

But the increasingly tense situation in Hong Kong over the past six months has made her hesitate.

“Before that, my thinking was: what's the point of coming back, when we have this twisted system where half of Legco's 70 seats are filled with people selected by business groups, so-called 'functional constituencies'," Mo says. "Beijing and the Hong Kong government know the results before the elections even start. We always lose because the Democrats are outnumbered.

“But after all that has happened, I'm having second thoughts.”

Business first
Mo says that Hong Kong's business interests are being harmed by Beijing's growing control, which could lead to the functional constituencies putting forward candidates who are sympathetic to the Democratic camp.

“What if the Democrats can get half of the seats at the Hong Kong legislature? That would change our voting process – and that is significant when it comes to government policies and bills.

Local elections in November 2019 already gave an important symbolic victory to the "pan-Democrats", as anti-Beijing parties are called, with its candidates winning 17 out of 18 city councils.

Meanwhile, Hong Kong's population is keeping up the pressure with more demonstrations.

This week, the city looks like “business as usual”, but looks can be deceiving, says Mo: "If you think, things are returning to so-called 'normal' and the protests might be dying down, you would be wrong. Very wrong."

Next weekend, a new “anti-communist” demonstration is planned, where organisers expect thousands to attend.

The 'last battle'
But has the increasing violence during demonstrations – with masked activists destroying shop windows and defacing Legco walls with anti-Beijing slogans – dampened enthusiasm for the protest movement?

On the contrary, says Mo: “The more violent the protests have become, the more support the general population is giving to the protesters. That's very curious – and the Hong Kong government couldn't understand it either.

"They keep trying to malign and badmouth young people, calling them 'rioters'. But the older generation has woken up to the fact that for the past thirty years, we've been fighting to no avail for some basic democratic reform.

"So we understand – young people have every right to fight for it. If they don't come back out onto the streets, and instead return to work and to university – this could be the last battle. Then Hong Kong, by 2047, would be just like any other mainland Chinese city: no rule of law, no freedom of the press, no freedom to protest.

“I wish I could live to the year 2047, when our 50-year one country, two system saga comes to an end, to see what Hong Kong looks like.

“At the moment I'm just so appreciative of our young people. Without them this city would have sunk into some black hole, and no one would have paid much more attention to it anymore.”