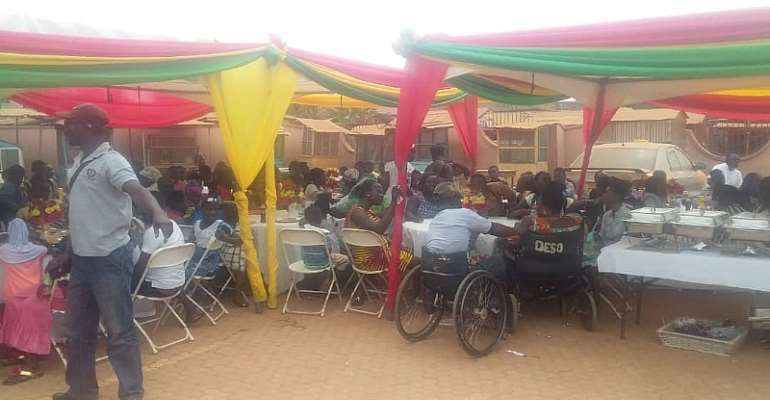 Persons living with disabilities in the Asokwa Municipality have expressed profound gratitude to Service with Love, a non Governmental Organisation (NGO) for what they call a 'full life care treatment given them by the latter.

According to the PWDs, it is not common these days to get such a treat which includes screening, dinning and dancing at the same time hence their appreciation to the NGO.

The NGO which was initiated by Adwoa Asantewaa Kodua Sarpong, daughter of Madam Patricia Appiagyei, Member of Parliament for Asokwa constituency says this is its first time giving such treat in the Ashanti region.

The PWDs, numbering about 200 were screened for blood pressure, diabetes and malaria among others.

Even though Member of Parliament for Asokwa, Madam Patricia Appiagyei has been organizing a party for the PWDs yearly, the touch of an all youthful group, screening the PWDs for various diseases and giving them medical counseling plus spending hours on the dancing floor with them really made their day.

“Infact this is an unforgettable treat from the daughter of our MP and we shall forever be grateful to her”. Alfred Tabi Amponsah, Ashanti Regional President for Federation for Persons with Disabilities told this reporter.

Mr. Tabi Amponsah took the opportunity to appeal to Government to support the Disability Act 715 with a Legislative Instrument to grant them smooth access to public buildings and offices.

Speaking earlier at the venue, Chief Akwannuasa Gyima Municipal Chief Executive (MCE) for Asokwa commended the group for the initiative.

He noted PWDs needed every support to make their lives less burdensome and also make them function just as able bodied people.

Mr Gyimah promised to look for more opportunities for PWDs in the municipality as well as deliver its quota from the District Assembly Common Fund (DACF) on time. 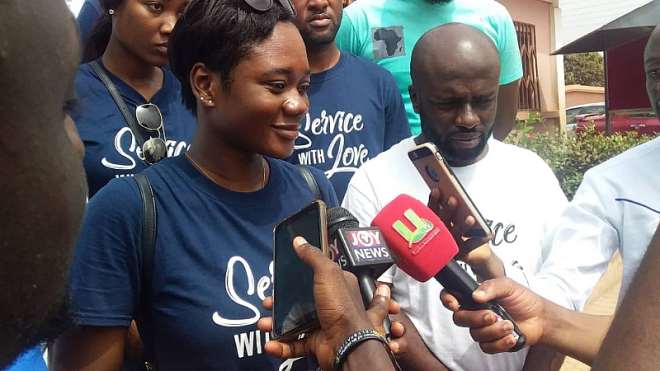 Bigotry against Muslim students won't be tolerated – Muntaka...
26 minutes ago