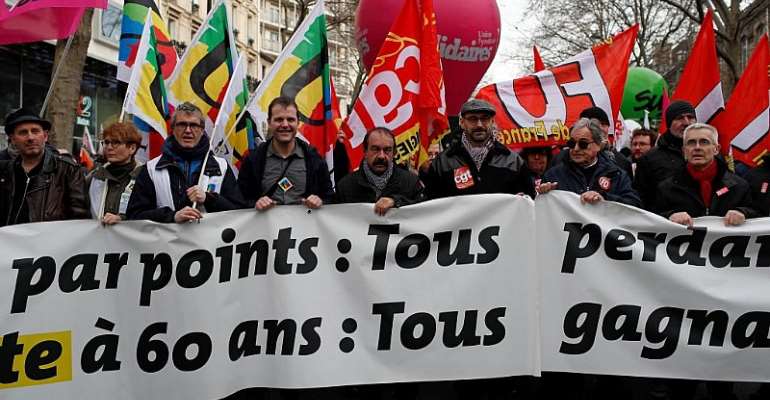 French unions are staging a sixth inter-professional day of protest Thursday, in an effort to expand their anti-pension-reform strikes beyond the transport sector – where they have begun to wane.

This new national day of demonstrations will be a test for movement, with Prime Minister Edouard Philippe adamant the transport shutdown, now in its 43rd day, was at a “dead end” and would not derail the government's pensions overhaul.

Several of France's hardline unions, the CGT, FO, Solidaires, FSU and CFE-CGC, along with three youth organisations, have organised rallies in cities across the country.

Protesters in Paris will march between Montparnasse and Place d'Italie this afternoon, with all shops and restaurants along the route ordered to close.

In Paris, metros would be disrupted, but services running better than usual with all lines open. Normal traffic is expected on three lines, two of which are automatic.

Some schools are closed for the day as teachers join the 24-hour call to strike. Elsewhere seven sea ports are disrupted where blockades will continue until Friday.

A further three days of widespread protest are planned for 22, 23 and 24 January, when the pensions bill is examined by the Council of Ministers.