Jean Mensa Will Not Be Shot and Killed, Trust Me 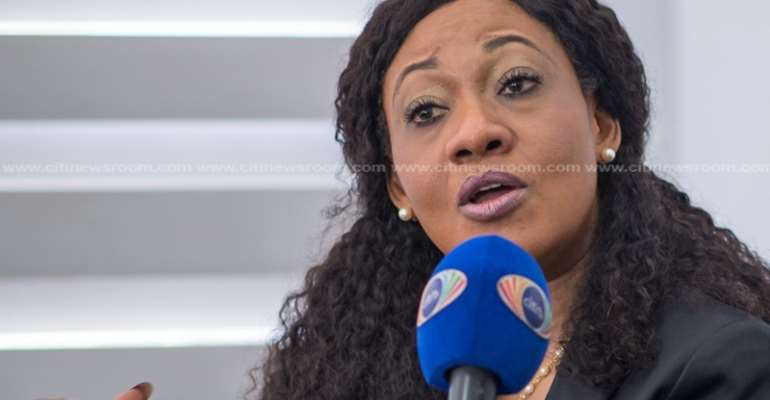 You don’t need to be a “Prophet” Reindolph Oduro Gyebi or an “Eagle Prophet” to be keenly aware of the fact that some disgruntled and murderous elements in Ghana’s political opposition and some of the latter’s treacherous collaborators inside government may very well be planning or conspiring to either endanger or, worse yet, take the life of Mrs. Jean Adukwei Mensa, unarguably the best Electoral Commissioner or Chairperson of Ghana’s Independent Electoral Commission (GIEC) in the Fourth Republic, or the life of any elected or appointed executive operative in a highly sensitive position of trust in an increasingly violent Ghanaian society, for that matter (See “EC Chair Will Be Shot Dead – Eagle Prophet” HotFmGhana.com 1/12/20).

That would be the most catastrophic miscalculation in postcolonial Ghanaian history; for the consequences of any such dastardly act or even the mere attempt of the same will likely reverberate well beyond the immediate confines of the political party or parties that will make such an apocalyptic miscalculation. In short, anybody or group of individuals possessed of such a barbaric agenda, Candidate John “Boot-for-Boot” Dramani Mahama included, had better be warned that Ghana’s political culture has long advanced well and far beyond the Hobbesian primal law of the jungle to brook any such nation-wrecking acts of treasonous criminality. You see, Dear Reader, too many of our ancestors and forebears have paid the ultimate price to get us to where we are presently as an enviable and sovereign democratic republic. We have not so soon forgotten the seditious plots and party-sponsored abductions and kidnappings that have rocked our beloved nation in recent months. And on the latter count, of course, we are alluding to the likes of Mr. Samuel Ofosu-Ampofo, the National Chairman of the country’s main opposition National Democratic Congress (NDC), who presently has a case pending before the courts, and the infamous Kumasi kidnappers.

We have also not forgotten the Mafia- or gangland-style internecine shootings at the Asante Regional Headquarters of the National Democratic Congress not very long ago, in the presence of some key operatives of the party, including Messrs. Ofosu-Ampofo and Johnson Asiedu-Nketia, the dynastic General-Secretary of the NDC. In other words, we darn well know what we are talking about here. Fortunately, we are also told by the “Eagle Prophet” that these would-be assassins and nation-wreckers are likely to be exposed and promptly arrested in their tracks long before they are able to execute their savagery. That is the kind of “prophecy” that advances the civilized and progressive cause of our collective destiny as a people and a nation. We also hope that the operatives of our National Security Agency (NSA) are wide awake and poised to swooping in and dealing decisively with these human-animals who ought not to be living in the kind of civilized society and country that Ghanaians have been building for ourselves ever since anybody can remember.

In the past, such acts of wanton depravity have been undertaken in the morally benighted name of REVOLUTION by the very political party whose founder and leaders are infamous for the execution of superior court judges whose decisions they vehemently disagreed with. In recent times, the new tack has been for the leaders of the National Democratic Congress to studiously and deliberately set up our magistrates and judges in trumped up and staged incidents of bribery and corruption, with the real motive or ultimate objective being the strategic and tactical weakening of the institution of the judiciary, so as to enable these double-salary thieving NDC politicians to literally get away with murder. In the past, many of us were too young and politically inexperienced to have readily caught on to such immitigable acts of criminal depravity, and so we readily fell for such heinous and bestial acts of primitive savagery and the deftly calculated propaganda that invariably accompanied the same.

Not surprisingly, today, we find many of these fast-aging “revolutionaries” traipsing the length and breadth of the country either mendaciously revising their narratives of “what really happened,” in a bid to justifying their morally and legally untenable acts of bestial depravity of yesteryear, or by totally denying that any of these egregious acts of human rights violation ever happened at all. Refreshingly, however, the more relatively morally contrite, upright and intelligent ones among these so-called patriotic revolutionaries have, quite significantly and admirably, been preaching a conciliatory gospel of repentance and forgiveness. Any Ghanaian citizen or politician or groups of citizens and politicians who think that they cannot abide by the country’s salutary and civilized paradigmatic shift from military dictatorship and faux-democratic one-party state had better pack up and ship out of state to wherever such acts of insufferable savagery is the cultural and political norm rather than the anomaly, or the exception, or they shall sooner than later discover to their utter horror and sadness that they made the most wrongful choice of the kind of society and country in which to live and practice their peculiar brand of savagery and barbarism.

Indeed, it is about time that our legitimately invested and democratically elected and mandated Ghanaian leaders stopped mollycoddling these veritable troglodytes, almost as if the latter were endowed with an inalienable entitlement of the right to disrupt our national public peace by making life ungovernable for the rest of us peaceful and civically responsible law-abiding Ghanaian citizens whenever and wherever they so choose. In sum, it is about time the law was rigidly and evenhandedly applied without any fears or favors.

August 4 declared public holiday in celebration of Founders ...
47 minutes ago