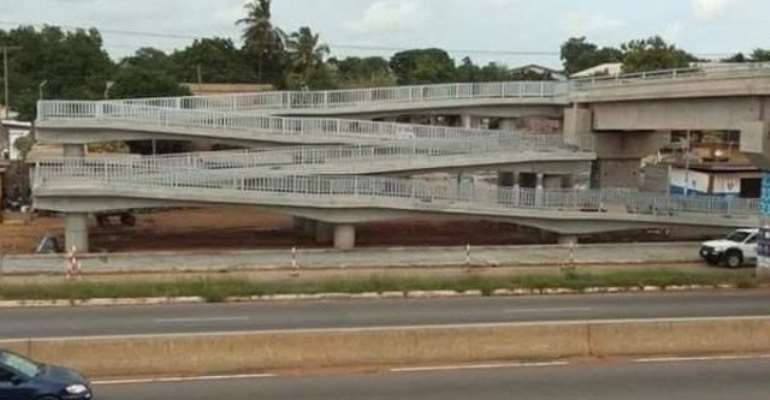 Some 165 pedestrians were prosecuted in Accra in 2019 for jaywalking, MTTD Divisional Commander for Madina, Supt Paul Wesley Baah has disclosed.

The point of concern is the Madina-Adentan stretch of the N4 Highway where new footbridges were constructed after violent protests.

The Madina-Adentan stretch had become notorious for pedestrian knockdowns due to lack of footbridges on the road.

The demands of the residents were finally met by the government and the much-demanded footbridges were completed.

However, residents complained bitterly about the nature of the footbridge, saying they were too long and windy.

Most of them refused to use the footbridges.

Speaking to JoyNews , Supt Paul Wesley Baah 165 of them were prosecuted.

”We gave them two counts each and every count attracted GHS60. Everyone was fined GHS120.” Supt Baah said.

He added that three lives were lost the week before Christmas.

This, has, however, not deterred others from jaywalking on the stretch.

Supt Paul Wesley Baah encouraged the public to ply the footbridge as it is the best measure for pedestrian safety on the roads.

He also hinted at renewed efforts from his outfit to continue educating the masses.