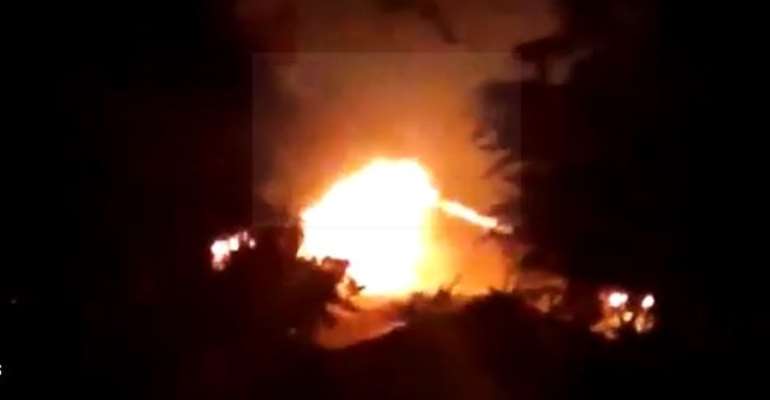 Portions of Accra Academy near Kaneshie in Accra have been gutted by fire.

The fire which is said to have started at around 7 pm on Wednesday reportedly engulfed parts of some new dormitories – Alema and Halm Addo halls – while the students were in their classrooms during prep time.

Some social media users are already circulating videos of the incident as firefighters battle the raging inferno.

However, it is unclear what triggered the incident.

School authorities are yet to comment on the matter but JoyNews understands no casualties have been recorded.