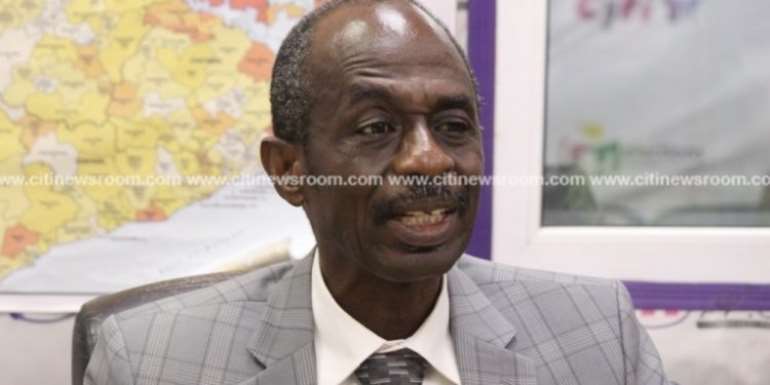 The EC’s decision to compile a new voters’ register has been met with stiff opposition from the NDC and some other political parties.

A demonstration titled ‘Tikusayi’ demonstration was staged on January 11, 2020, in Tamale to drum home their demands for the EC to call off its decision.

The New Patriotic Party (NPP), together with some twelve other political parties have also rallied behind the EC.

However, the EC’s Eminent Advisory Committee today, January 15, 2020, called for calm following the heated arguments characterising the election management body's plan to compile a new voters' register ahead of election 2020.

The Committee according to a statement after a meeting with the EC, served notice to meet IPAC to iron out concerns raised over the new register.

Mr Asiedu Nketia, General Secretary of the NDC, speaking on Eyewitness News said even though they have not been officially notified with details of the meeting, they welcome the call since it has been long overdue.

“The content is very reconciliatory. This is all that we have been urging all along because we think that these matters should not have come this far if the Electoral Commission had listened to us from the beginning. And we believe we have a strong case so it is in our interest that as many Ghanaians from whatever walk of life will like to listen, and they will be convinced so we welcome that call”.

The General Secretary of the NDC further indicated that the move by the advisory committee did not come to them as a surprise since they have been calling for such an engagement to take place for a while now.

“I want to believe that this is not the first time that the commission has acted in that way. In fact, we have been advising that this should have been the way to go because remember when there was a similar controversy during Charlotte Osei's time, she empanelled a body of prominent persons like that to listen to the argument. They organised a public forum at Alisa hotel and then got our development partners and all stakeholders invited and then asked all media houses to carry it live so that every Ghanaian everywhere could follow the argument”.

Mr Asiedu Nketia, however, stated that they do not agree with the call for calm by the Advisory Committee to the EC since the notice of a planned meeting did not mean that their issues were addressed already.

“As part of the letter, they called for all political parties to keep calm. I do not see any political party engaging in violence. We are pushing our argument through all legitimate means. We have not resorted to any illegitimate means and we think that our case must be heard and determined. If remaining calm means we must abort all our planned activities, that is premature. If we meet and there is a solution, then that will be the basis for us to abort all the other plans but meanwhile, our activities will continue. They have not told us when we will meet but when we meet, maybe there may be an agreement that may be satisfactory enough for us to use as a basis for us to use to abort our radio discussions and our public manifestations”.