2021 Africa Cup of Nations to take place in January 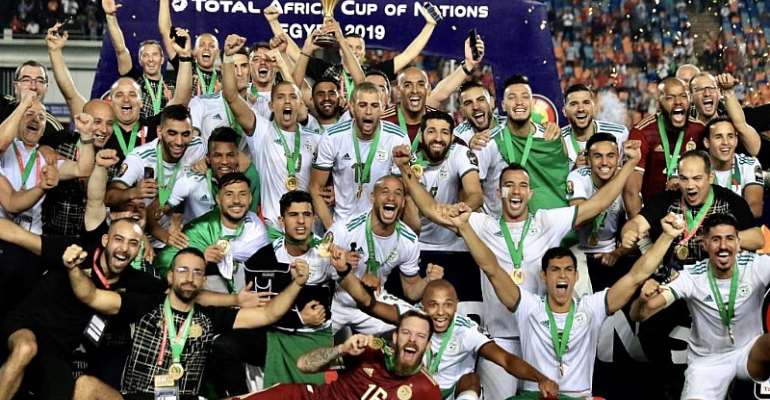 African football chiefs on Wednesday announced the continent's showpiece tournament - the Africa Cup of Nations - will be played next January and February in Cameroon.

"The date has been changed for meteorological reasons at Cameroon's request," said the Cameroon football federation (Fecafoot).

"The 2021 Africa Cup of Nations will be played between 9 January and 6 February," it added following a meeting in Yaounde with Ahmad Ahmad, who runs the Confederation of African Football (Caf).

The 2019 competition took place for the first time in June and July. Egypt hosted the event after Cameroon was stripped of hosting duties due to shoddy organisation.

There were fears that the country would not be able to provide suitably polished venues for the tournament which was being expanded from 16 to 24 teams. Algeria hoisted the trophy after a 1-0 victory over Senegal.

Places
Three stadiums in Cairo as well as grounds in Ismailia, Alexandria and Suez were used for the 52 matches over the month during which temperatures hit 40 degrees celsius in Cairo.

A statement published on the Caf's website said organisers had asked for the dates to be changed because of the unfavourable weather conditions during the period initially scheduled.

Organisers said they had agreed to the change after discussions with meteorological experts as well as player and coach representatives.

The revamp is convenient for world football's governing body Fifa. It plans to stage the 24-team Club World Cup in China in June and July of 2021.

However, the change may not be viewed so positively by leading European clubs. They risk losing key players to the Cup of Nations for up to five weeks midway through next season.