'We've Seen Too Many Fingers Burnt' - BoG Responds To Arrest Of Amoabeng, Nyinaku 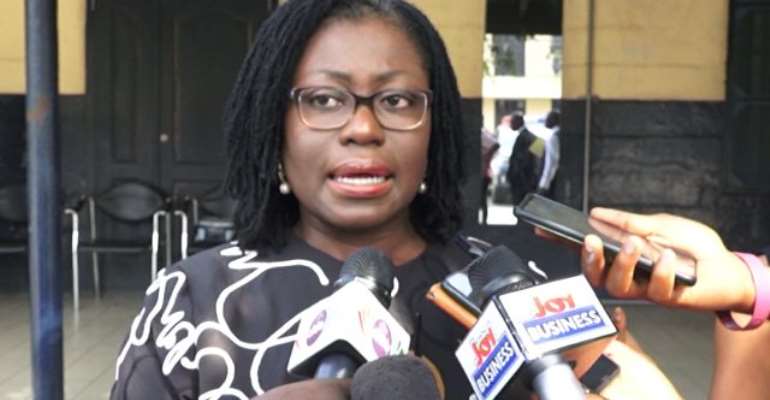 Second Deputy Governor of the Bank of Ghana (BoG), Elsie Awadzie has responded to the recent charges levelled against the founder of defunct UT Bank, Kofi Amoabeng and CEO of dissolved Beige Bank, Mike Nyinaku.

According to her, the development complements actions by the Central Bank to bring to book all banking officials involved in the Banking Sector collapse.

“We have always said after we completed our cleanup exercise that we have passed on all relevant information to the law enforcement agencies and we expected them to conduct their own investigations and proceed with the needful if they found any behaviour to have had criminal implications. I believe what we saw [with Amoabeng and Mike Nyinaku] was in line with what the law enforcement authorities may have found…”

Madam Elsie Awadie lamented the loss of money and confidence in the banking sector following the recent bank closures.

Speaking to Joy Business, she stated that sensitization programs are currently underway with some key public institutions as the Ghana Police Service to deepen financial literacy.

“We’ve seen too many fingers burnt in the recent past in Ghana, we’ve seen too many people lose money and it is our definite hope to ensure this does not happen again and we are doing all we can to engage key stakeholders like the Ghana Police service to ensure we mobilize ourselves to enforce the laws sooner than later”.

The Chief Executive Officer for defunct Beige Bank, Mike Nyinaku, has been remanded into police custody by an Accra High Court for one week. This follows the dismissal of a bail application by his lawyers who assured the court he will cooperate with the ongoing trial.

Mr Nyinaku and 12 subsidiaries were dragged to court by the receiver of the bank, Nii Amanor Dodoo who is seeking to use the court action to help retrieve over GH¢1 billion from the company.

The writ, filed by the Receiver accused the former CEO of dereliction of duties and engaging in unlawful activities which led to the massive loss recorded.

The circuit court, however, granted bail to the founder of defunct UT Bank, Prince Kofi Amoabeng, who is facing charges of stealing and money laundering. The bail granted by Justice Essandor was in the tune of ¢110 million with two sureties who earn not less than ¢2,000.

Mr Amoabeng is also to deposit his passport and report to the investigative teams twice in a week. Justice Essandor further explained that his decision to grant bail was based on the sound advocacy by lawyers of the accused person who has demonstrated his ability to cooperate with investigations.