US calls for cut in UN peacekeeping forces in Mali 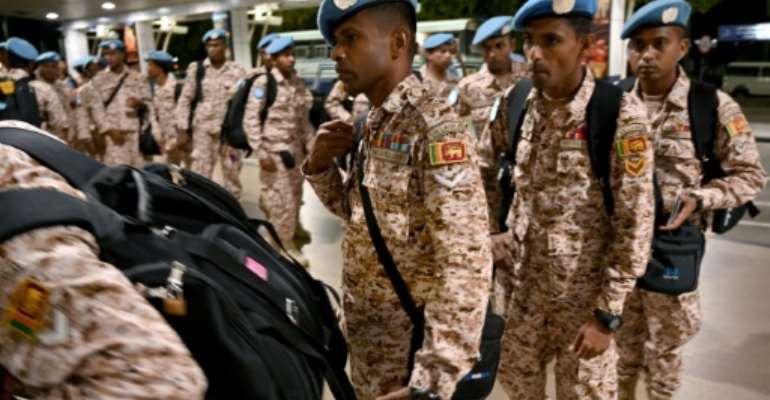 The United States called for a reduction in the number of UN peacekeeping troops in Mali on Wednesday, prompting a swift backlash from France and Russia.

Cherith Norman Chalet, the US deputy ambassador to the UN Security Council, said it was "time for this Council to begin developing an alternative approach to address growing instability in Mali."

"We must recognize that peacekeeping missions are not the answer to growing terrorist threats in Mali," she said.

Washington, which is considering reducing its own military presence in Africa, has been regularly questioning the usefulness of the UN peacekeeping mission to Mali, known as Minusma, since 2018.

The 15,000 Blue Helmets have an annual budget of a billion dollars and have been deployed in Mali since 2013.

Wednesday's declaration sharpened the US position, with the envoy saying Minusma should stop trying to enforce the implementation of a much-violated 2015 peace accord and focus instead on "the mission on protecting civilians."

She called on the Security Council to "develop a new approach that disrupts the status quo" by June, when the peacekeeping mission's mandate comes up for renewal.

Chalet also demanded sanctions against "individuals and entities on all sides of the conflict, including government officials and armed group members" who have violated the peace deal.

The French ambassador to the UN, Nicolas de Riviere, told the Security Council that "Minusma remains a very important tool for us. We will continue to need and to support Minusma."

Russia's deputy ambassador Dmitry Polyanskiy categorically rejected the US demands on the peacekeeping force. "We are not inclined to examine options for any serious revision of the working parameters or a reduction of its presence," he said.

Speaking on behalf of the three African members of the Security Council, Niger's ambassador Abdou Abarry hailed the "progress" made in Mali and made "an appeal to bilateral and multilateral partners to reinforce their support for the government of Mali in implementing the peace accord."

He called for international partners to "help the defense and security forces by strengthening their logistical, operational and intelligence capacities."