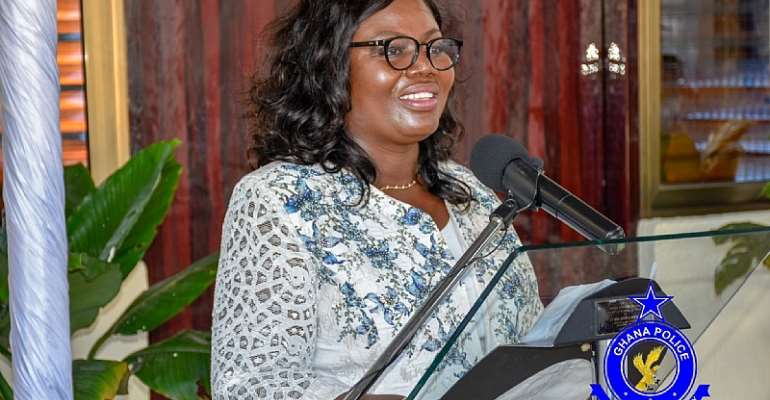 The outgoing Director-General of the Criminal Investigations Department (CID) of the Ghana Police Service, COP Maame Yaa Tiwaa Addo-Danquah says she will be exiting the service with pride despite the criticism she faced as head of the department.

Speaking to the media after a National Lottery Authority programme on Tuesday, she said one of her regrets was not positioning the CID to control media narratives.

“What I would have done is [work on] communication; communication to the public through the media. Sometimes we keep a lot of things to ourselves.”

“We don't share. So in the absence of accurate information, the media will fill the gap with rumours. They will say whatever they think… we shouldn't allow the media to set the stage for us to be defending but rather, we should tell our story.”

COP Addo-Danquah was the subject of intense criticism because of her handling of the kidnapping of the three Takoradi girls.

She faced numerous calls for her resignation and was accused of incompetently handling the investigation.

These struggles notwithstanding, COP Addo-Danquah said: “I am walking out of the CID with my chest out.”

She maintains that she was able to impact her department positively.

“Doing my job in the ordinary course of life has touched so many lives, especially policemen. They are behaving as if I am dead but I am not dead. I am only moving from one directorate to another…When you are leaving and people are crying as if you are dead, it means they expect highly of you,” she said.

Tiwaa further downplayed suggestions that she was reassigned because of her handling of the case.

“The Inspector-General of police from time to time will have to make changes. He does not need to give any reasons why one officer is moving from one place,” the former CID Boss retorted.

She will now be serving as the Director-General in-charge of Welfare at the Ghana Police Service.