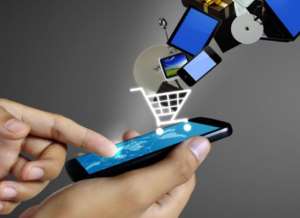 Since the advent of electronic commerce (otherwise referred to as e-commerce) in Nigeria in 2012, one can safely say that there has been a steady growth trajectory in that sector overtime.

For a sector largely driven by innovation within the financial system and more importantly, the information and communication technology (ICT), Nigeria's voyage into that space has been rather momentous.

It is, however, instructive to know that the advent of e-commerce didn't just happen out of the blues. With the benefit of hindsight, the precursors of e-commerce in the West including the Amazon, Alibaba, and a host of others, wanted to do away with the traditional platforms for commerce made up of the brick and mortar, which in their own thinking was no longer serving them well, and therefore they felt compelled to lead a rather uncharted territory which, in their own estimation, could still deliver even greater value.

While acknowledging the fact that e-commerce has come a long way as far as its operational activities are concerned in more advanced economies where ICT infrastructure is not taken for granted, the same cannot be said of Nigeria, where it faced several teething problems.

The Upsurge in E-commerce Activities in Nigeria

Many players came into this space but sadly, not many of them are still around today. However, the recent upturn in e-commerce enterprises across Africa is believed to be revolutionizing in not just the retail market but also business in general. As of July 2019, Nigeria had a population of 198 million people, of which 112 million were Internet users, placing the penetration rate at 56%, according to the Jumia Mobile Report .

According to McKinsey, the Nigerian e-commerce sector was estimated to be worth US$13 billion in 2018 and is projected to reach $75 billion in revenues per annum by 2025.

Interestingly, some of the rave-making online shopping stores in Nigeria in terms of service, excellence, coverage, and popularity include the following: Jumia, Konga, and Payporte.

Africa Internet Group is a shareholder in online retailer Jumia and nine other e-ventures but Jumia, however, remains its best-known venture. Since its inception in Lagos in 2012, Jumia now operates in 11 African countries selling everything from diapers to iPhones and microwaves. In 2016, the venture-funded company reached a billion-dollar valuation and reported revenues of $149.6 million in 2018. In April 2019, Jumia listed on the New York Stock Exchange (NYSE) at a valuation of $1.1 billion and recorded a surge in sales arising from its NYSE debut.

Konga was set up in 2012 as a competitor to Jumia, selling a wide range of products from home appliances to groceries. It merged with Yudala in May 2018 but continued to operate under the Konga brand name.

It has been recorded by an online researcher, e-marketer, that while online retail in the US and China is growing at 12% and 20% respectively, it is less than 1% in Africa.

The slow growth of e-commerce in Africa is due to the many challenges facing the Continent. Notable among the challenges are the issues of funding and logistics. Also identified is the issue of the continent’s non-existent legal framework to regulate e-commerce.

In Nigeria, some of the logistics challenges include poor road networks and traffic gridlock which are predominant in most commercial cities in Nigeria. This is also the reason why it takes between five to seven days for some major players to deliver goods to customers. The lack of basic infrastructure, power supply, and expensive broadband internet greatly inhibit the rapid growth of e-commerce. Nigeria’s erstwhile notoriety for online fraud has further hindered growth. However, Jumia introduced its own payment platform JumiaPay a few years to counter this challenge and reassure consumers on its platform of the safety and security of their financial details.

Thankfully, the sector which was hitherto unregulated, with room for impunity now has extant laws to guide its operations.

In 2015, the Federal Government signed the Cybercrime Bill into law to prohibit and prevent fraud in electronic commerce. The purpose of the Cybercrimes Act of 2015 extends beyond prohibiting, preventing and criminalizing online fraud, but also prescribes punishments and sets the institutional framework for enforcement. The goal is to protect e-business transactions, company copyrights, domain names and other electronic signatures in relation to electronic transactions in Nigeria.

Irrespective of the problems identified above, there are tremendous opportunities for e-commerce growth and investment in Nigeria. The ease with which the evolving middle class in Nigeria has access to internet-ready devices - affordable smartphones, tablets, phablets, and computers - is complementary to the growth of e-commerce.

There is enough room for investors (local and foreign) to tap into the buoyant e-commerce space in the country. For instance, Jumia and Facebook partnered last year to train a handful of people on how e-commerce works and how they can start selling online. The creation of digital jobs and services platforms in the country would augur well both for Nigerian youths and investors. And it is commendable to see that Jumia is already committed to this cause. In the retail and consumer products sector, while many wealthy Nigerians still travel abroad for their shopping, the key market target is the evolving middle class in Nigeria. There is a rapid transition of the low-income class level to the middle-class level, and with the growing population of the country, the market is large and opportunities abound for investors in Nigeria’s e-commerce space.