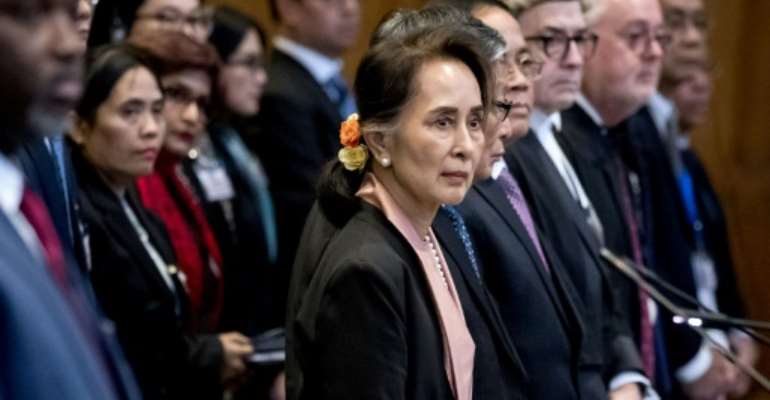 The ICJ has said it will deliver a decision on whether emergency measures should be imposed on Myanmar over alleged genocide. By Koen Van WEEL (ANP/AFP/File)

The UN's top court said Wednesday it will deliver its decision next week on whether emergency measures should be imposed on Myanmar over alleged genocide against its Rohingya Muslims.

The ruling comes a month after Myanmar's civilian leader and Nobel peace laureate Aung San Suu Kyi travelled to The Hague to defend the bloody 2017 crackdown by her nation's army against the Rohingya.

The mainly Muslim African nation of The Gambia brought the case against Myanmar at the International Court of Justice after around 740,000 Rohingya fled over the border into Bangladesh, carrying accounts of widespread rape, arson and mass killings.

"The International Court of Justice... will deliver, on Thursday 23 January 2020, its order on the request for the indication of provisional measures made by The Gambia," the court said in a statement, adding that it would happen at 10:00am (0900 GMT).

The Gambian Ministry of Justice had announced the date on Twitter earlier Wednesday.

The Gambia brought the case against Buddhist-majority Myanmar with the backing of the Organisation for Islamic Cooperation. Canada and the Netherlands have since also lent their support.

At the December hearing, The Gambia alleged Myanmar had breached the 1948 UN Genocide Convention, meaning that the case could go before the ICJ, the highest judicial organ of the United Nations.

It also said there was a "serious and imminent risk of genocide recurring" and called for urgent "provisional measures" to prevent Myanmar from committing any further atrocities or erasing any evidence. 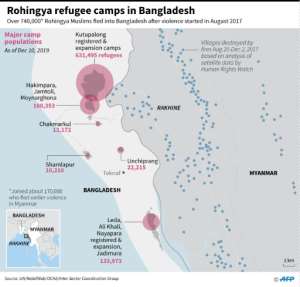 If the court rules in The Gambia's favour, this would be just the first step in a case likely to take years.

Suu Kyi admitted in her appearance before the court that the army may have used excessive force against the Rohingya, but said the case was based on "misleading and incomplete" claims, calling for it to be dropped.