TUC Give Thumbs Up To Govt For Revamping Railways Sector 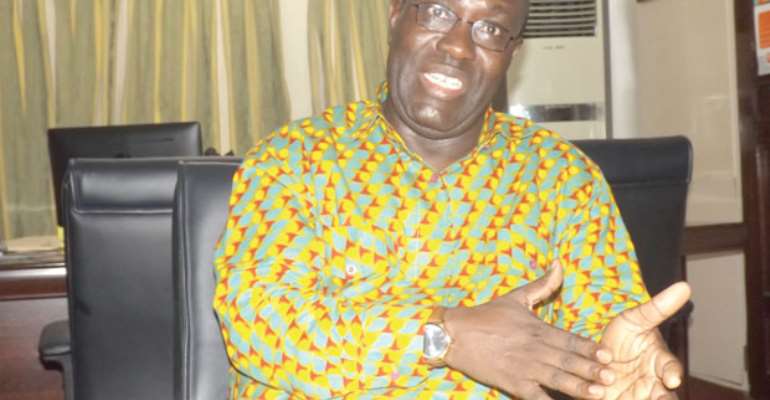 The General Council of the Trades Union Congress (TUC) has lauded government's efforts to revamp the railway sector, including pre-financing the contract for the construction of railway lines from Kojokrom to Eshiem.

They, however, called for timely completion of the processes, especially the award of contract from Kojokrom to Awaso so that other commodities such as bauxite and cocoa could be hauled as a means of sustaining Ghana Railway Company Limited.

The expression of satisfaction was contained in a statement they issued after deliberating upon various national issues, including the upcoming elections, during their 2019 meeting held at the Public Utility Workers' Union Centre at Kasoa on 18th and 19th December 2019.

They noted with great satisfaction the agreement between Meridian Port Services (MPS) and Ghana Ports and Harbours Authority (GPHA) to allow GPHA to handle 20 per cent of container cargo at the Tema Port, a development which they observed would have very positive effects on jobs and minimize labour unrest in the maritime industry.

On the forthcoming elections, the council appealed to all stakeholders to co-operate to ensure peaceful general elections in December 2020.

The TUC urged government to prioritise job creation and livelihood empowerment and called for a review of Ghana trade policy which seems, according to them, to disadvantage Ghanaians in favour of foreigners, reduce the cost of doing business in Ghana, and provide support for small and medium enterprises (SMEs).

They debated the introduction of GH¢100 and GH¢200 banknotes and their likely impacts on the economy; some members expressed fear that the higher notes could be inflationary.

The second-tier pensions received serious attention, with members expressing worry about workers who are due to retire from January 2020 and who will have to rely on their second-tier contributions as lump sum. The fear for them emanates from three sources:

“First, the second-tier contributions have not been invested for a long period as envisaged. This implies that the second-tier pension funds might not have generated enough returns.

Retirees, they fear, will depend largely on their second-tier schemes for lump sum benefits may be worse off compared to their counterparts who were paid fully by Social Security and National Insurance Trust (SSNIT).

After a very intensive discussion, the council affirmed the earlier call by the TUC for a stakeholder forum on the second-tier to discuss and agree on the way forward. The council also reiterated TUC's position that no pensioner should be made worse off as a result of the pension reforms because the main objective of the reforms was to enhance retirement income and not to worsen it.