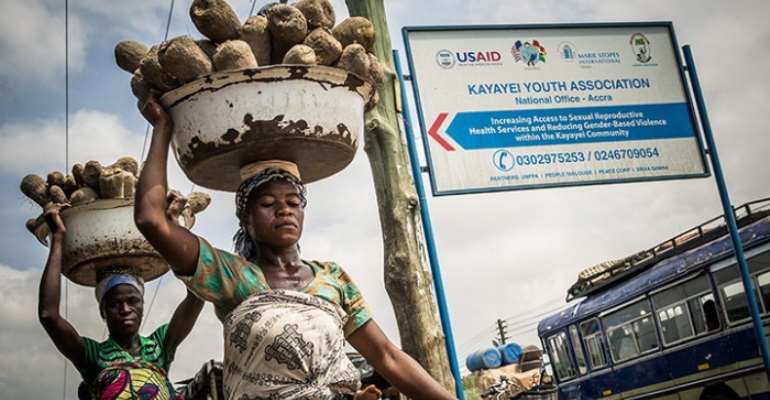 Had the Akufo-Addo-led New Patriotic Party (NPP) not been voted into power by an electoral landslide in 2016, it is almost certain that the plight of the Kayaye would have long been swept under the proverbial carpet by the leadership of the Mahama-led regime of the National Democratic Congress (NDC), which did absolutely nothing for this huge pool of the lumpen poor and the economic underclass of Ghanaian society at large. Recently, a conference was held by an establishment called the Limo Foundation, a nongovernmental organization – or an NGO – to interface with the Ministry of Local Government and Rural Development in a bid to devising a viable means of significantly reducing the wanton exploitation and rampant incidents of violence and other acts of criminality meted the marginalized members of this group of largely young women head porters (See “Head Porters to Benefit from Alternative Livelihood Program” Ghanaweb.com 10/27/19).

We have been this way before and to be frank with the Dear Reader, I was not the least bit satisfied with the fact that Hajia Alima Mahama, the substantive Minister for Local Government and Rural Development, could not attend this historic “Kaya Conference.” Instead, Hajia Mahama had her written address delivered for her by one of her deputies; on this particular occasion, that deputy was the Director-in-Charge of Resources at the Ministry of Local Government and Rural Development, Ms. Fati Lily Sorlo. My humble advice here is that Hajia Mahama needs to soon demand the convening of another Kaya/Kayaye conference where she will personally make herself available to these hardworking but woefully underpaid members of Ghana’s socioeconomic and cultural underclass. It cannot be gainsaid that a comprehensive program of education and vocational skills upgrade needs to be implemented for the members of this critical sector of our society.

Such a program may have to be cross-gender or multi-gender in content, orientation and implementation, because it is an open secret that not all the service workers in the Kayaye Community are girls or young women; a remarkable percentage of the members of this community are boys and young-adult males as well. With the landmark establishment of the Ministry of Zongo Development by President Addo Dankwa Akufo-Addo, one hopes that such basic human needs as decent and affordable housing facilities for the Kayaye are actively in the works, that is, if a remarkable aspect or percentage of this sphere of quality-of-life upgrade has not been already effected. And on the latter count as well, one hopes that the Minister for Works and Housing, Mr. Samuel Atta-Akyea, is equally up and doing, as it clearly appears to me that there is definitely a structural and/or an institutional overlap here.

I have not ceased to be keenly interested in the plight of the Kayaye, ever since the leadup to the 2012 Presidential Election, when the then-Interim President John Dramani Mahama scandalized many a forward-looking Ghanaian citizen by imperiously claiming, purely based on geographical location of birth, ethnicity and culture, that his main challenger and political opponent had absolutely no constitutional right to take on the plight of the Kayaye as an integral part of his electioneering campaign platform and policy agenda, haughtily and cavalierly ignoring the scandalous fact that as Vice-President of Ghana and second-in-command to the recently deceased President John Evans Atta-Mills for nearly four years, the Bole, Savannah Region, native, then part of the old Northern Region, had done absolutely nothing to facilitate the improvement of the quality-of-life status of this most wretched among global humanity.

One also expects that the landmark and auspiciously implemented fee-free education policy initiative is being carefully and systematically calibrated to incorporate both the academic and vocational skills training of the Kayaye and the Kayanu as well. It also well appears that Nana Akufo-Addo is steadily making a heck of a great difference in the lives of the country’s economically deprived and underprivileged citizenry, where former President Mahama only cynically and callously talked a good game with absolutely nothing substantial or substantive to back up his characteristically self-righteous and politically divisive rhetoric.