Is Sam George One of Those Weak-Minded Buffoon Politicians? 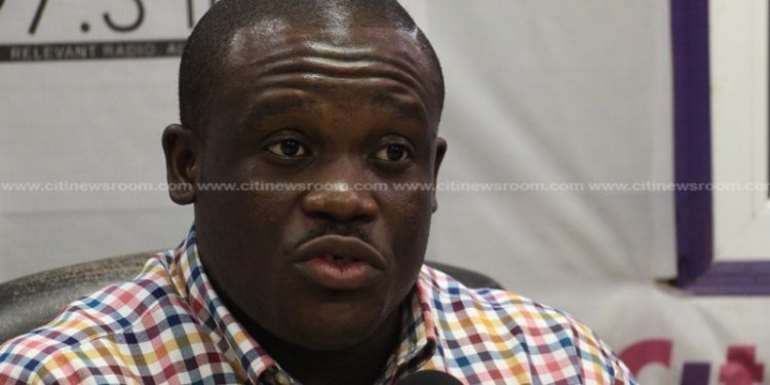 Following the admittedly outrageous call for the arrest of the so-called Prophet Nigel Gaisie by Mr. George Amo, Secretary to the Ghana National Peace Council (GANPEC), for allegedly prophesying a victorious outcome in the 2020 Presidential Election in favor of Candidate John Dramani Mahama, the Ningo-Prampram Member of Parliament on the ticket of Ghana’s main opposition National Democratic Congress (NDC), Mr. Samuel George “Kaakaamotobi” Nartey, was widely reported to have posted on his Facebook Page that “It is doltishness of this nature that angers people in this town” (See “This 2020 ‘Imbecility’ Happening at Your End Won’t Be Tolerated – Sam George to Peace Council” Ghanaweb.com 1/3/20). The Ningo-Prampram’s NDC-MP was further quoted to have posted on his Facebook Page that “Inasmuch as I do not bank my political fortunes on prophecy alone, I am irritated by such utterances by people who should know better.”

Now, the just-quoted sentence above is rather quaintly scandalous, if also because it shows that Mr. Nartey is one of those faint-hearted political buffoons who at least partially thrive on vacuous “prophecies” by the charlatanic likes of Mr. Gaisie to keep the embers of their precarious political fortunes glowing. It would be interesting to learn how much money the former Mahama Presidential Staffer has invested in the erratic predictions of these farcical fortune-tellers. For, make absolutely no mistake, virtually every single one of these lamebrained “prophets” are actually shameless political fortunetellers whose main focus and professional objective is to rake in millions of cedis and dollars from weak-minded political upstarts like Mr. Nartey who, in his latest Facebook post in reaction to GANPEC’s Mr. George Amo’s call for Nigel Gaisie to be promptly arrested, calls himself Sam “Dzata” George.

The “Dzata” sobriquet or accolade, of course, means the “Lion.” Maybe somebody with a much better understanding of Fourth Republican Ghanaian Politics needs to warn Mr. Nartey that he is absolutely no match for the “Sebos” or “Osebos,” that is, the Tigers among the youthful political ranks of the ruling New Patriotic Party (NPP), and that his kind of stale political boastfulness would have worked much better in the Jerry John Rawlings’ era of the so-called Provisional National Defense Council (PNDC) junta, when the Sogakope Mafia and their grossly misguided nihilistic allies from the northern-half of the country “doltishly” collaborated with the Rawlings-Tsikata Diarchy to unwisely oust the northerner-headed democratically elected government of the People’s National Party (PNP), and to literally hold Ghanaians hostage for 11 economically disastrous years. You know one thing, Dear Reader, I did not see nor hear of the thuggish Mr. Nartey showcase his “Dzata”-like bravado last January, during the Ayawaso-West Wuogon Constituency Byelection, when an operative of the National Security Agency (NSA) was widely alleged to have delivered this presumptuous butterball of a jumbo-pig some dirty slaps on his motorway-smooth cheeks or side-heads.

I bet if he were honest enough to admit the unvarnished truth, Sam “Dzata” George would confess to his constituents and the rest of us bona fide Ghanaian citizens and voters that his cheeks are still stinging from those well-deservedly delivered slaps by the NSA operative who reportedly told the Short Commission’s investigators of the Ayawaso-West Wuogon Byelection’s scattered incidents of violence, that the first-term Ningo-Prampram NDC-MP had dared to insolently call his ethnicity and citizenship into question. On the other hand, I perfectly agree with Mr. Nartey that calling for the immediate arrest of “Prophet” Gaisie, on the part of the Peace Council’s Mr. George Amo, was the most misguided judgment call. Rather, the GANPEC Secretary ought to have called for the immediate arrests of all those one-man church “political prophets” and promptly prosecuted and herded out of our national political arena, as clearly spelled out by the framers of the country’s 1992 Republican Constitution.

Irrespective of the disparate contents of their “prophecies,” once these church and congregational leaders flagrantly crossed the boundary into our national political arena, they criminally violated the highest legal instrument of the land and risked being promptly charged with incitement to hatred and social chaos or the disturbance of the public peace. That was the law that Mr. Amo ought to have cited or invoked to back up his call for the prompt and summary arrest of “Prophet” Gaisie; and not only “Prophet” Gaisie but, in fact, all the other equally guilty one-man church political predictors and forecasters as well.