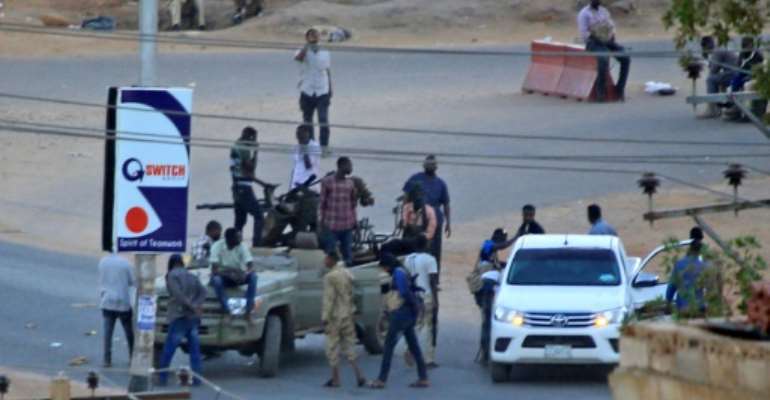 Five people, including two soldiers, were killed as Sudanese troops crushed a rebellion launched by agents of the country's long-feared security agency against a restructuring plan, officials and medics said Wednesday.

On Tuesday, heavy gunfire broke out at some Khartoum bases of the Directorate of General Intelligence Service, formerly known as the National Intelligence and Security Service, after some of its agents rejected a retirement plan proposed by the country's new authorities.

"We lost two soldiers and four others, including two officers, have been wounded."

Doctors close to the protest movement that led to Bashir's ouster said that three civilians -- all from the same family -- had been killed by bullets near a NISS base in south Khartoum. A teenager was also wounded.

Khartoum international airport reopened on Wednesday after the authorities shut it when the shooting erupted. One of the NISS bases lies close to the airport.

Agents of Sudan's National Intelligence and Security Service were at the forefront of a crackdown on protesters during the nationwide uprising that led to the ouster of longtime autocrat Omar al-Bashir last April. By ASHRAF SHAZLY (AFP)

Since August, Sudan has been ruled by the joint civilian-military body headed by Burhan, with day-to-day affairs in the hands of Prime Minister Abdalla Hamdok and his government.